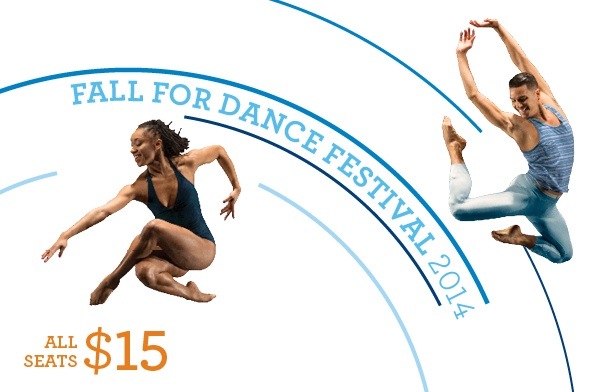 New York City Center will present its 11th Annual Fall for Dance Festival on October 8-19. The two-week festival will feature 20 acclaimed dance companies and artists from around the world in five unique programs. It will also offer many free pre-show events like dance lessons and panels with choreographers, artists and dance educators.

The Fall for Dance Festival has received international acclaim for its quality, innovation and success in introducing new and younger audiences to the world of dance. Since its inception, the festival has presented 189 companies and introduced more than 250,000 newcomers and dance enthusiasts to an eclectic mix of choreographers and performers.

“We are particularly pleased to note that this year’s festival will include world premieres by Mark Morris and Pontus Lidberg, both of which were commissioned by City Center especially for Fall for Dance. We are proud to be able to support the work of such gifted artists and to share that work with our audiences,” said New York City Center President and CEO Arlene Shuler.

For more information on this year’s incredible festival lineup, head to www.nycitycenter.org. New York City Center is located at West 55th Street between 6th and 7th Avenues. All tickets are $15 and are now on sale.