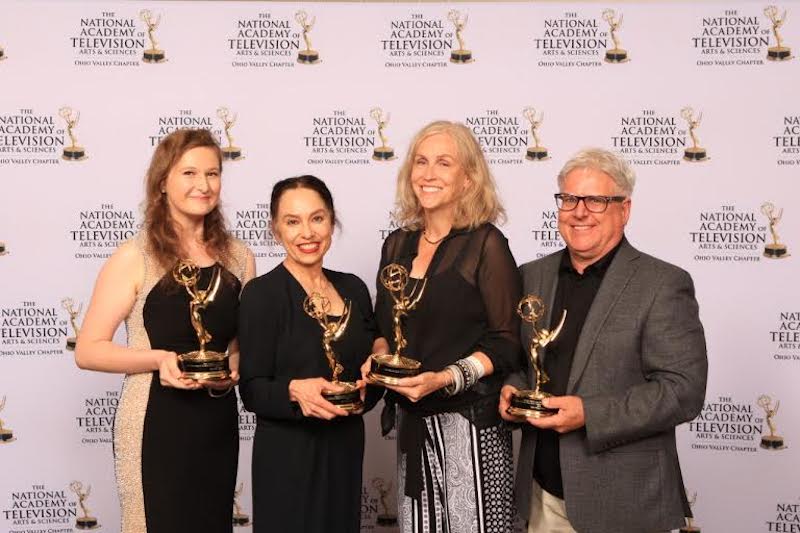 Produced by Witek & Novak, Inc. and directed by Deborah Novak, this hour-long program chronicles the life of Andre Van Damme, founder of the Charleston Ballet, one of America’s oldest dance companies. The film gives viewers an intimate look at his personal journey of challenges and heroic accomplishments, including his struggle to dance during World War II, his bravery in the Belgium Resistance, and his unique journey to Charleston WV, where he founded the Charleston Ballet in 1956.

“The history of the Charleston Ballet was a story that needed to be told,” said Charleston Ballet Artistic Director and CEO Kim Pauley. “We are so lucky to have someone of Ms. Novak’s caliber to produce a film of this magnitude for the Charleston Ballet and chronicle its fascinating history for West Virginia. I am thrilled the Academy honored Witek & Novak’s production – and Mr. Van Damme’s legacy – with an Emmy Award.”

“The response to the film has been amazing,” said Director Deborah Novak “Dancers love it, but often, people who have no relationship to ballet, are emotionally moved by the content.”

In addition to the Emmy, the documentary has also received, the Special Jury Remi Award at the 52nd annual WorldFest Houston International Film Festival, and Best Documentary at the Classical Arts Film Festival in Napa, CA, along with numerous film festival screenings and airings on West Virginia Public Broadcasting. The film will be screened later this month in Brussels, Belgium (Andre Van Damme’s birthplace) at the West Europe International Film Festival.

Image courtesy of The Charleston Ballet