‘Beyond the Tutu’ by Royal Ballet of Flanders 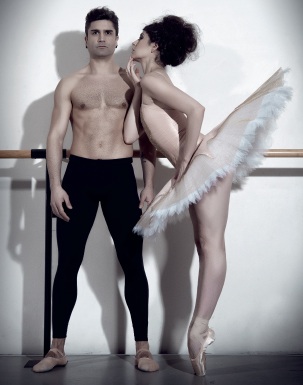 The Royal Ballet of Flanders, a dance company based in Antwerp, Belgium, will present the programme Beyond The Tutu on Wednesday, April 16 to Saturday, April 19 in Antwerp, and again on Friday, May 9 to Sunday, May 11 in Gent.

Beyond The Tutu is an evening that pays tribute to the purity of classical ballet, puts male dancers through their places and offers some challenging questions to the myths surrounding the art form. Three different choreographic works will be presented, including Cynthia Harvey’s La Bayadère, Nicolo Fonte’s Made Man and Alexander Ekman’s Tyll.

Cynthia Harvey, one of the greatest ballerinas of her generation and now an internationally respected teacher and repetiteur, comes to Flanders to stage her production of Marius Petipa’s 1877 classic La Bayadère, The Kingdom of the Shades. One of the most beautiful and demanding ballets for the female corps de ballet and soloists, it is a work of pure poetry and technical brilliance.

Harvey pulls upon her vast and noteworthy career to direct and teach repertory. She was a leading ballerina in American Ballet Theatre and was invited by Sir Anthony Dowell to join The Royal Ballet in London, the first American ever to enter the company as a principal dancer. La Bayadère is accompanied by Nuove Musiche conducted by Benjamin Pope.

Sharing the programme with La Bayadère, Nicolo Fonte’s Made Man makes a welcome return this season after its acclaimed premiere in 2010. It will have the male dancers of the company take over the stage, providing a powerful and poignant look at the male dancer. Set to music by David Lang, Julia Wolfe and Anna Clyne, Fonte’s dynamic choreography offers powerful motifs and images with emotions that lie with urgency beneath the changing dynamics of the performers. The men share power and brotherhood, rivalry and enmity.

The programme will also include the Royal Ballet of Flanders premiere of Tyll by Alexander Ekman, who makes his choreographic debut with the company. Ekman is one of the most sought after choreographers on the international dance scene today and is currently an associate choreographer with Netherlands Dance Theatre 2. Originally created for the Royal Swedish Ballet in 2007 to critical and audience acclaim, Tyll offers an overview of the history of ballet imbued with Ekman’s cheeky humour.

For more information on the programme Beyond The Tutu, visit www.balletvlaanderen.be.

Photo courtesy of the Royal Ballet of Flanders.