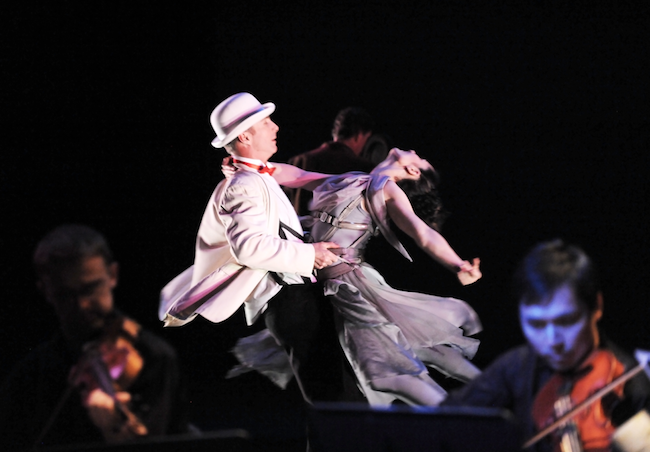 Inspiration for the work was found in the world of fine art, and in particular Northwest artist Sherrie Wofle, who made artistic contributions to the show.

“Sherrie brought to our attention the physical resemblance of BodyVox dancer Heather Jackson to the woman featured in John Singer Sargent’s iconic portrait of Madame X,” explains Hampton. “The image stuck, and I think you’ll see its influence in a duet that features Jackson and cellist Mihai Marica.”

Hampton and Roland were introduced to the Amphion String Quartet and Daniel Schlossberg by Chamber Music Northwest Artistic Director David Shifrin during BodyVox’s ongoing collaborative work with the festival. Hailed by The New York Times for its “precision, assertiveness and vigor,” the Amphion String Quartet  “plays with a brand of fierce, sharply directed energy and the kind of intensely focused sound that makes every line in a texture stand out clearly.” These attributes make the young ensemble a perfect complement for BodyVox’s richly theatrical and emotionally charged approach to dance theatre.