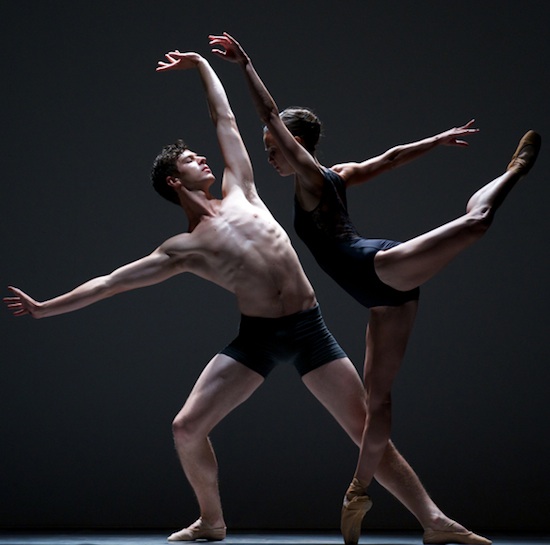 Canadian dance company Ballet Kelowna will close its 2014-15 Season with two world premieres and one company premiere from some of the country’s leading contemporary ballet choreographers—James Kudelka, Shawn Hounsell and Ballet Kelowna’s own Artistic Director and CEO Simone Orlando—in Forward: A Mixed Repertory Programme at the Kelowna Community Theatre on April 24 at 7:30 p.m. The anticipated program will also feature the introduction of Lee Dances, a presentation of excerpts from award-winning works created for the Clifford E. Lee Choreography Award.

“Forward: A Mixed Repertory Programme concludes an extraordinary season for Ballet Kelowna. This performance is a true celebration of the artistic talents of both our country and our company,” said Orlando. “The artistry and physicality of Ballet Kelowna’s masterly dancers will be on full display in this mixed programme that will undoubtedly showcase the immense possibilities that ballet has to offer.”

The evening will include the company premiere of revered Canadian choreographer James Kudelka’s Byrd Music. Rich in technical inventiveness and expressive musicality, the work will feature Kudelka’s signature mix of ingenious ballet partnering and lyrical interplay.

Also on the program, Orlando, a longtime Ballet BC Principal, and Shawn Hounsell, a former Royal Winnipeg Ballet dancer and award-winning choreographer, will each create a new work to the music of Mozart and Gershwin’s Rhapsody in Blue, respectively.

All works will highlight the athleticism and stunning technique of Ballet Kelowna’s company artists, including Vancouver’s Jedidiah Duifhuis, who reprises his role in Byrd Music after performing in the 2011 world premiere with Vancouver’s Arts Umbrella Dance Company. Byrd Music is beautifully set to a score by Vancouver’s own acclaimed composer Rodney Sharman, with four dancers performing a pas-de-deux in pairs, with each pair comprising one dancer “manipulating” the other in the guise of a puppet master.

Ballet Kelowna will also perform Forward: A Mixed Repertory Programme on March 27 at Summerland’s Centre Stage Theatre and on April 11 at The Banff Centre in a tribute to renowned dancer and teacher Brian McDonald, who founded the Banff Centre’s Professional Dance program and was instrumental in establishing the Clifford E. Lee Choreography Award.

Other performance dates on Ballet Kelowna’s Spring Tour include Princeton on March 29, Revelstoke on April 1, Penticton on April 15, Coquitlam on April 17 and Creston on April 20.

For more information on all performances, visit balletkelowna.ca. Tickets are now available.