Dance on Camera moves beyond familiar 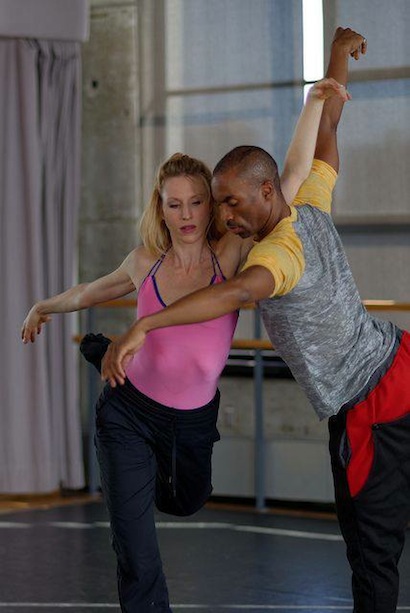 Now in its 43rd year, the prestigious Dance on Camera Film Festival is set to return to New York on January 30–February 3. Presented by the Film Society of Lincoln Center, Dance on Camera will once again honor ballet and contemporary dance personalities through documentaries and narrative films, while also demonstrating dance’s capacity to change lives and contribute to well being.

For this festival, Dance on Camera moves beyond familiar expectations to explore new genres more than ever, presenting a cheerleading documentary as well as a girls’ hand-clapping film for the first time. While putting the spotlight mostly on youth, this year’s festival also pays homage to crossover artists who bring a unique perspective to their art.

One award-winning feature film not to miss is Fall To Rise on Sunday, February 1 at 8:45 p.m. A multilayered drama following a famous dancer as an injury forces her out of her company, the film depicts the conflict felt between art and life for many professional dancers. Plus, Fall To Rise stars former Martha Graham principal dancer Katherine Crockett, actress/dancer Daphne Rubin-Vega (the original Mimi in the Broadway musical hit Rent) and Complexions Contemporary Ballet Co-Founder and Co-Artistic Director Desmond Richardson. To see the trailer for this engaging film, head to https://vimeo.com/82422098.

A few documentaries that are worth checking out include: the biographical Dancing Is Living: Benjamin Millepied documentary by Louis Wallecan on Saturday, January 31 at 8 p.m.; Capturing Grace by David Iverson (a feel-good film showing Mark Morris Dance Group’s work with Parkinson’s patients) on Sunday, February 1 at 1 p.m.; Bob Fosse’s semi-autobiographical musical extravaganza All That Jazz on Sunday, February 1 at 5:45 p.m.; and Mia, a Dancer’s Journey on Saturday, January 31 at 3:30 p.m.