Dancing With The Stars First Elimination 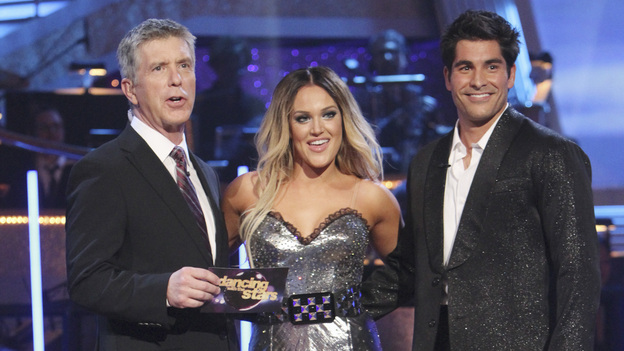 Season 12 of Dancing With The Stars held its first elimination show live last night on ABC. We were treated to a glittery dance by the Dancing With The Stars Troupe choreographed by Jason Gilkison and two performances by music’s bad boy Chris Brown. Chris showed his tumbling and dance skills and was extremely entertaining with a large team of dancers by his side, even donning light-up suits! Mike Catherwood and dance partner Lacey Schwimmer were announced to have the lowest combined score from audience and judges votes and were eliminated. ‘Psycho Mike’ took the news with great grace as he paid tribute to his partner Lacey’s beauty both inside and out.