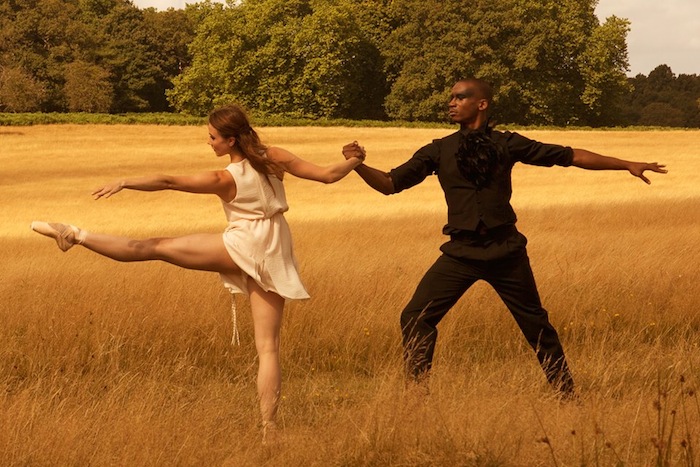 Deloitte Ignite, the award-winning contemporary arts festival at the Royal Opera House in London, will return September 5–28. Curated by The Royal Ballet and The National Gallery’s Minna Moore Ede, this year’s festival promises to be a feast of dance and visual art.

The month-long festival will celebrate and explore the origin of myth and creation through dance, visual art, film, music and movement. The festival focuses on two archetypal myths: Prometheus, the Titan who creates man from clay and steals fire from the Gods, and Leda and the Swan, the mysterious conjunction of a mortal woman and the god Zeus, disguised as a swan.

Deloitte Ignite 2014 will begin with a weekend filled with free and ticketed events and continues over four weeks with performance, film, art installations, discussion and live-streaming, culminating in the free Deloitte Ignite Family Day that offers a wide variety of family activities and workshops, as well as space to relax.

Opening weekend’s free events include installations inside the ROH by artists Bill Viola, Mat Collishaw and Tom Hunter and site-specific dances in the Covent Garden piazza by choreographer Luca Silvestrini and his company Protein. Plus, street artist Phlegm will use the walls of the ROH as a vast canvas for a new work.

Sampling the Myth, a ticketed program combining dance and visual art, will be offered September 5-7. It will feature a special commission for award-winning artist Chris Ofili, who will work with rising star of British choreography Aakash Odedra and Royal Ballet dancers. Inspired by the myth of Prometheus as the creator of man, Odedra has created a work that combines contemporary and classical Indian dance, while Ofili will paint directly on to dancers’ bodies, transforming them into transient living canvases.

This exciting program will also present excerpts of Mikhail Fokine’s The Firebird and The Dying Swan, Matthew Bourne’s Swan Lake, George Balanchine’s Apollo, Wayne McGregor’s Raven Girl and the world premiere of a new piece by Rambert’s Miguel Altunaga. Marina Warner, the UK’s foremost writer on myth, will provide an accompanying text for each of these.

Three short dance films that explore the origins and retelling of Leda and the Swan will also have their world premiere as part of Sampling the Myth. The films have been created by National Ballet of Canada’s Robert Binet, rising choreographic talent Charlotte Edmonds and internationally renowned choreographer Kim Brandstrup. These will also be broadcast live and for free on giant screens in the Paul Hamlyn Hall, alongside the live performances.

Family Day will be offered September 28, with engaging and creative activities being offered for children and adults alike. Activities running throughout the day include storytelling, The Firebird costume display, dance demonstrations and workshops, and a Gods and Goddesses Scavenger hunt.