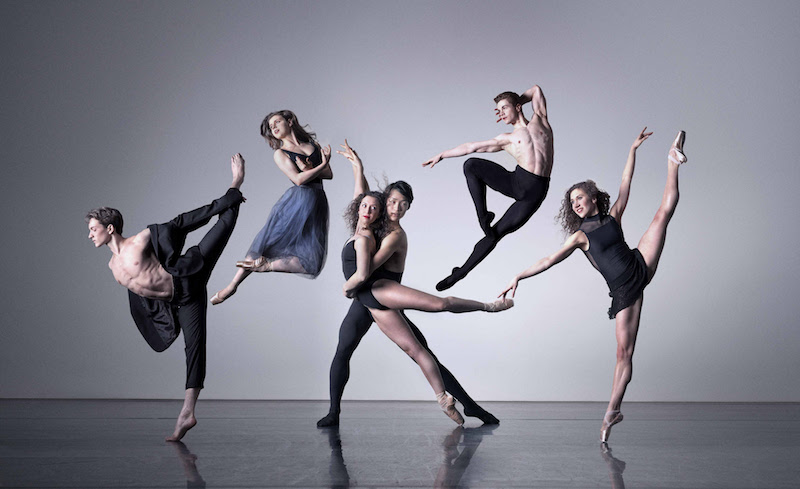 Celebrating 10 years, English National Ballet’s Emerging Dancer competition, hosted by former Principal of The Royal Ballet, Adam Cooper, will return to Sadler’s Wells on Tuesday 7 May 2019 and will be live streamed worldwide.

Through this annual event, English National Ballet recognises the excellence of its artists. Selected by their peers, six of the company’s most promising dancers perform in front of an eminent panel of expert judges, before one receives the 2019 Emerging Dancer Award.

Also revealed on the night will be the recipients of the People’s Choice Award as selected by members of the public, and the Corps de Ballet Award, acknowledging the work on and off-stage of a member of the company’s Corps de Ballet.

Each finalist will first perform a classical pas de deux, followed by a contemporary solo. This year will see Rhys Antoni Yeomans and Emilia Cadorindance a pas de deux from Coppelia, Shale Wagman and Alice Bellini will perform the Grand Pas Classique and Rentaro Nakaaki and Julia Conwaypresent Flames of Paris.

Rhys Antoni Yeomans will then dance a solo from William Forsythe‘s In The Middle, Somewhat Elevated, Rentaro Nakaaki will dance Own created by choreographer Nuno Campos and Shale Wagman will perform Peculiar Mind choreographed by Nürnberg Ballet dancer Sofie Vervaecke.

As is tradition, this year’s finalists have been mentored by their peers in the Company. Pedro Lapetra has worked with Julia Conway and Rentaro Nakaaki; Julia has also worked with Shiori Kase during the process. Alice Bellini has been supported by Junor Souza and Fernanda Oliveira, as well as Jeffrey Cirio for her solo; Erina Takahashi and Adela Ramírez have coached Emilia Cadorin; Shale Wagman has been mentored by Fernando Bufalá and Rhys Antonio Yeomans has been working with James Forbat and Barry Drummond.

The evening will be live streamed via Facebook, YouTube and Twitter. Emerging Dancer LIVE follows the success of last year’s live stream which achieved over 100,000 views worldwide.

For further information about English National Ballet and to book tickets visit www.ballet.org.uk.