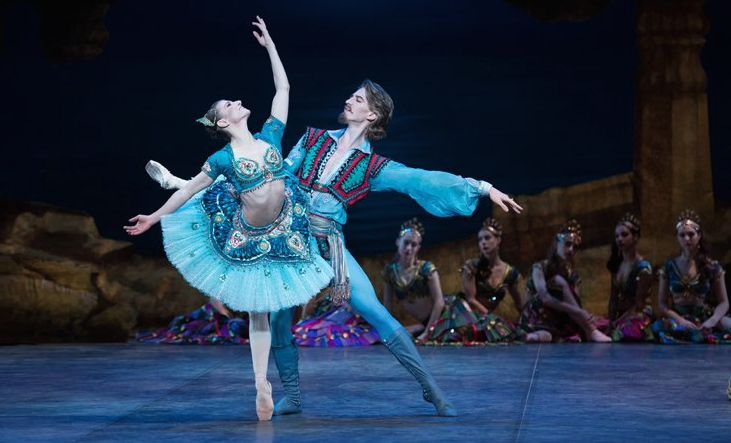 Continuing its commitment to taking world-class ballet to audiences across the country, this autumn English National Ballet presents three critically acclaimed, award-winning productions on its tour across England.

Romeo & Juliet will see Alina Cojocaru, Laurretta Summerscales and Alison McWhinney debut in the role of Juliet; and Isaac Hernandez and Yonah Acosta debut in the role of Romeo. This production will also see the welcome return of Guest Artist Esteban Berlanga, principal with Compañía Nacional de Danza.

After moving audiences and critics alike at its premiere in 2014, English National Ballet’s poignant reflection on the First World War, Lest We Forget, tours to Milton Keynes Theatre on October 20 and the Palace Theatre in Manchester on November 24.

Winner of this year’s South Bank Sky Arts Award for Dance, Lest We Forget features three works expressing the experiences of those who fought in the war and those who stayed behind from three of the most sought-after British choreographers working today, Akram Khan, Russell Maliphant and Liam Scarlett.

Following its five-star premiere in 2013, English National Ballet’s production of Le Corsaire returns with performances at the Liverpool Empire on November 18-21.

Winner of the Robert Robson Award for Dance at the Manchester Theatre Awards, Le Corsaire follows the escapades of Conrad, a pirate who journeys across high seas to save his harem girl, Medora. It is a swashbuckling fantasy tale of captive maidens and cutthroats, love and betrayal, deception and conspiracy, culminating in one of the most breathtaking spectacles in ballet.

The first U.K. company to perform the complete work, English National Ballet’s production features sets and costumes by Hollywood film designer Bob Ringwood, whose film credits include Batman, Alien 3 and Troy. The production also presents a sweeping, romantic score performed live by the English National Ballet Philharmonic. Le Corsaire will also be presented at the London Coliseum on January 13-24, 2016, as part of the Winter season.

For more information about this national tour or the productions, visit www.ballet.org.uk. Performance times and ticket prices vary.

Photo: Alina Cojocaru as Medora and Vadim Muntagirov as Conrad in the English National Ballet’s production of Le Corsaire. Photography by ASH.