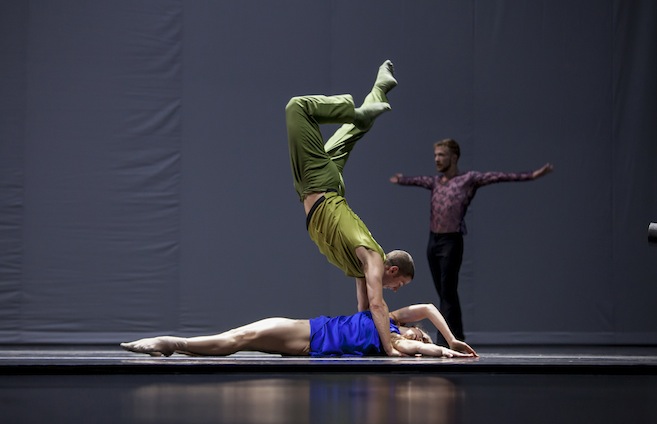 Hubbard Street and the Harris Theater for Music and Dance will also present a live simulcast during the Summer Series to a state-of-the-art, 40-foot wide, 221-foot tall LED screen in the Jay Pritzker Pavilion in Chicago’s Millennium Park on Friday, June 6 at 8 pm. This free outdoor event, open to the public, is part of Millennium Park’s 10th anniversary celebration and highlights the final weekend of Hubbard Street’s Season 36 performances. It will officially conclude the presenting portion of the Harris Theater’s 10th anniversary season. It follows the success of the Harris Theater’s simulcast in June 2012 of the Paris Opéra Ballet’s Giselle, a first-of-its-kind event which drew a capacity audience of more than 11,000 patrons.

In addition to Gnawa and the new Cerrudo work, the simulcast performance includes the “entirely mesmerizing” (Chicago Music) 1989 work Falling Angels by Jirí Kylián. The work is for eight women and set to phased percussion by Steve Reich, performed live by Chicago’s Third Coast Percussion. Cerrudo’s PACOPEPEPLUTO will also be presented. It features three solos for male dancers to songs popularized by “the king of cool,” Dean Martin, in the ’50s and ’60s.

For more information on the Summer Series program, visit hubbardstreetdance.com/summer or call 312-850-9744. Single tickets range from $25 to $99.

Hubbard Street’s 2014–15 season will begin with the world premiere of a collaboratively devised production with Chicago’s renowned home for improvised and sketch comedy, The Second City, on October 16–19.