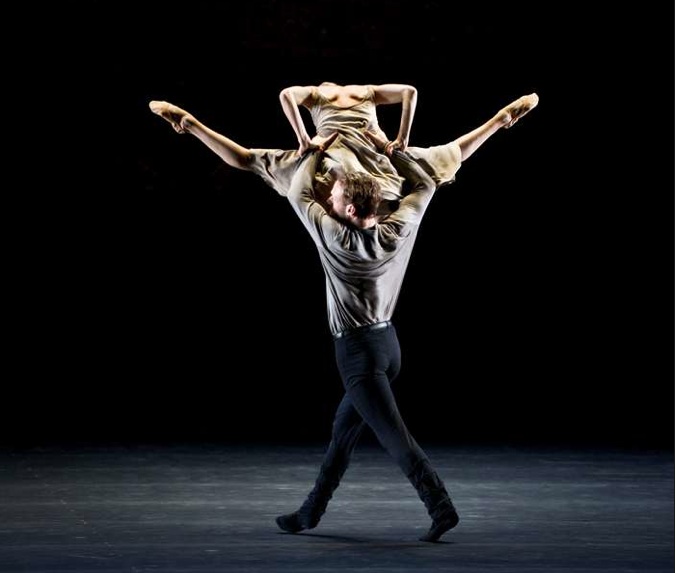 The Norwegian National Ballet will present Future Memories: An Evening with Jiří Kylián in nine shows between September 9 and November 3 in Oslo, Norway. This exclusive season will be presented on the main stage at Oslo Opera House.

“If there is a master of masters, it’s Jiří Kylián,” says Ballet Director Ingrid Lorentzen of the choreographer who has regenerated dance through many decades.

The Norwegian National Ballet has been a standard-bearer of Kylián’s work and because of this, the Théâtre des Champs Elysées in Paris has asked the company to come and stage his works in special evening performances this year. First, however, the company will present the show for their home audiences in Norway.

The first work on the program is the expressive Bella Figura, in which nine dancers attract and repel one another with movements both elegant and fumbling.

“Set to melodious Baroque music against sliding backdrops and open flames, Bella Figura is precisely what the title promises: a rare beauty on which to rest the eyes,” wrote the Norwegian newspaper Dagbladet when Bella Figura was first staged in Oslo.

This work is followed by the magnificent Symphony of Psalms, danced to Stravinsky’s powerful music, and then the most recent of the ballets, 2008’s Gods and Dogs. In front of an enormous, moving silver backdrop, the brittle line between normality and madness is played out in Gods and Dogs to Beethoven’s string quartet no. 1 – interrupted by abrupt, loud percussion.

“It is strangely beautiful,” wrote Vårt Land on Gods and Dogs after the Norwegian premiere in 2013. “The set design, music and dance meld into one living framework.”