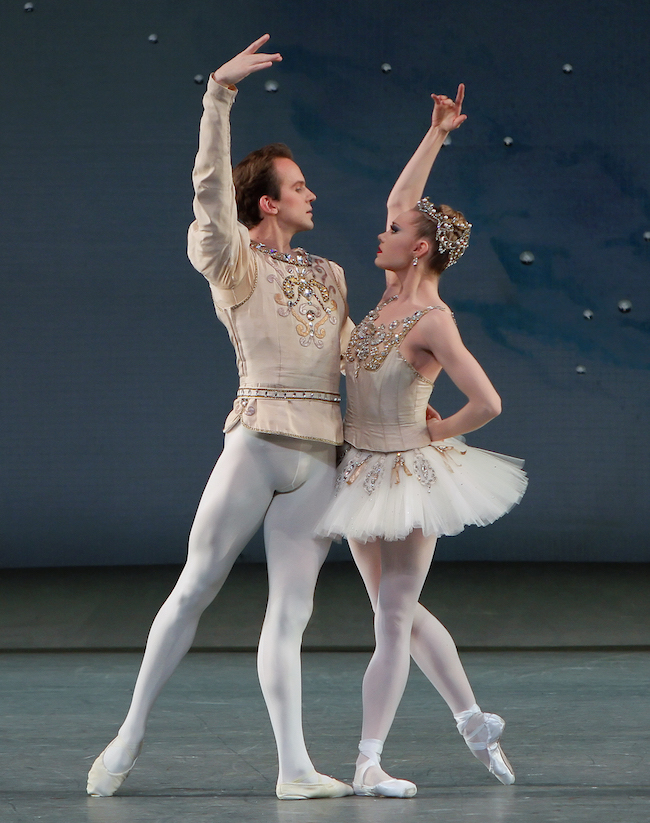 The Boards of Directors of New York City Ballet (NYCB) and its affiliate training academy, the School of American Ballet (SAB), have announced the appointment of Jonathan Stafford as Artistic Director of NYCB and SAB, and Wendy Whelan as Associate Artistic Director of NYCB, establishing the esteemed former NYCB dancers, SAB alumni and prominent industry notables as the next generation of artistic leadership at two of the world’s most acclaimed and storied dance institutions.

At NYCB, Stafford and Whelan will serve in a new management structure designed to ensure that one of the world’s preeminent dance companies will continue to present performances of the highest artistic caliber while providing a supportive and nurturing environment for all of its artists, including more than 90 dancers and the 62-piece New York City Ballet Orchestra.

“New York City Ballet is proud to usher in this next generation of leadership with two of our own brightest luminaries at the artistic helm,” said Board of Directors Chairman Charles W. Scharf. “Jonathan Stafford, whose 20-year career with the company includes remarkable work as both an exemplary principal dancer and indispensable ballet master, has done an extraordinary job as our interim artistic leader over the past year. Wendy Whelan is one of the most important and beloved dancers in our company’s history who went on to a build a dynamic post-NYCB career as an innovative and collaborative artist.”

“I would also like to thank members of the joint search committee, which was comprised of board members from both NYCB and SAB and co-chaired by Barry Friedberg and Barbara Vogelstein,” added Scharf. “The boards of NYCB and SAB tasked the committee with gathering feedback from more than 220 artists, employees, and various stakeholders across the larger cultural community and then evaluating the broadest candidate pool as possible to establish our artistic leadership for the future. We are thrilled with the selection of Jonathan and Wendy, who have more than 50 years of combined experience with NYCB and SAB, and also bring fresh perspectives.”

Scharf also expressed his appreciation for Justin Peck, Craig Hall and Rebecca Krohn, who provided outstanding service to NYCB over the past year as members of the interim artistic team.

“Finally, I would like to thank the entire New York City Ballet community of dancers, musicians, ballet masters, production crew, staff, board, donors and audience members who have been steadfast in their support of the company during this transitional period,” Scharf said.

Barbara Vogelstein, chairman of the School of American Ballet’s Board of Directors, added, “The shared artistic leadership of school and company, originally modeled by George Balanchine, will ensure that our organizations continue to work seamlessly to maintain our distinctly American brand of classical ballet. Jonathan’s accomplishments as a dancer and his long tenure with the school as a faculty member uniquely position him to lead SAB’s efforts in producing the highest caliber artists for NYCB and companies around the world.”

Candidates from across the globe submitted applications and others were nominated for consideration by multiple sources. From that pool of candidates, 20 of the most qualified individuals were invited to in-person interviews with the full search committee. Outside counsel and management of the entire process was led by Phillips Oppenheim, a leading non-profit consultancy firm.

Stafford, who has been serving in interim leadership roles for NYCB and SAB since December 2017, will begin his new positions immediately and Whelan will begin her new role with NYCB in mid-March. 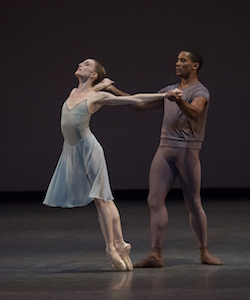 The new artistic leadership structure at NYCB – with both an Artistic Director and Associate Artistic Director – acknowledges the growing and evolving demands of an arts organization of its size and stature. NYCB is the largest dance organization in America and currently functions with an annual operating budget of approximately $88 million and supports more than 450 employees, including both artists and administrators. The board concluded that the demands of maintaining the highest standards of artistic excellence and managing the artistic needs of the company are best served with the complementary skills of Stafford and Whelan.

As Artistic Director for NYCB, Stafford will supervise all areas of the company’s artistic operations, working closely with NYCB Executive Director Katherine Brown, who is responsible for all administrative functions for both the company and its home, the David H. Koch Theater at Lincoln Center. Stafford will also continue to teach company class and rehearse and prepare ballets for performance.

During his career with NYCB, Stafford performed an extensive repertory of leading roles in works by Balanchine, Robbins, Peter Martins and numerous other choreographers, and was renowned for his outstanding partnering skills. As a ballet master for NYCB and teacher and educator for SAB, Stafford has played an integral role in the school and company’s diversity, equity and inclusion efforts, and also spearheaded a mentorship program which partners current NYCB dancers with new apprentices from SAB to help guide them through their first year with the company. Stafford was also SAB’s first-ever Professional Placement Manager, a role created to assist students with the transition into their professional careers.

In the role of Associate Artistic Director for NYCB, Whelan will focus on conceiving, planning and programming NYCB’s annual performance season; commissioning new work from choreographers, composers and other artistic collaborators; and working closely with NYCB’s dancers in the rehearsal studio, both teaching class and coaching numerous works in NYCB’s unparalleled repertory.

During her 30-year career as a dancer with NYCB, Whelan performed roles in nearly all of the company’s heritage repertory of works by Balanchine and Robbins, and was also the dancer most choreographed on in NYCB history, creating leading roles in countless new works by such choreographers as Jerome Robbins, Twyla Tharp, William Forsythe and numerous others. Whelan also had close working relationships with Christopher Wheeldon and Alexei Ratmansky, collaborating with the choreographers on several of their most critically-acclaimed works. Since leaving NYCB in 2014, Whelan has pursued a variety of multi-disciplinary projects with cultural organizations around the world.

The new leadership formation at NYCB will also expand the involvement of Resident Choreographer Justin Peck, who will add the role of Artistic Adviser to his portfolio. In this capacity, and at Stafford and Whelan’s invitation, Peck will work closely with both of them on ideas for programming and new commissions. Throughout the past year, Peck played an important part in these areas as a member of the interim artistic team, and has been instrumental in several recent commissions for NYCB, including Kyle Abraham’s The Runaway, which premiered last fall to great acclaim; and a new work from choreographer Pam Tanowitz, who will create her first-ever ballet for NYCB during the 2019 Spring Season. Following the 2019 Spring Season, Peck will transition off NYCB’s dancer roster, where he is currently a soloist. 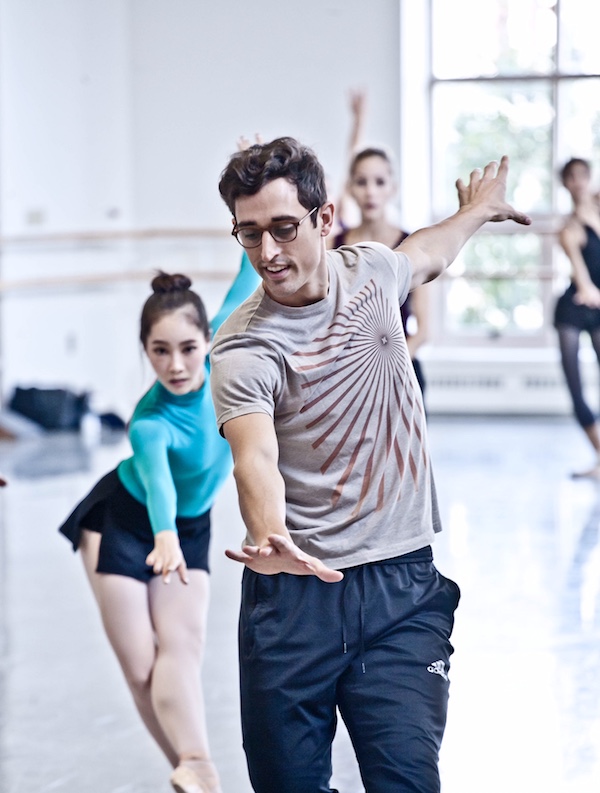 As Artistic Director of the School of American Ballet, Stafford will work closely with Chairman of Faculty Kay Mazzo and SAB Executive Director Carrie Hinrichs to ensure that the most promising ballet students in the United States have the training, resources and guidance to develop into world-class artists and healthy, well-rounded individuals. While Whelan will not take on a formal leadership role at SAB, she is expected to guest teach with regularity.

Based at Lincoln Center, the school trains approximately 1,000 students per year and actively recruits nationally and abroad for the intermediate and advanced students who live onsite. Each year, NYCB selects up to 10 students to join the company as apprentices. All but two of NYCB’s current dancers trained at SAB. As Artistic Director, Stafford will be charged with maintaining the high quality of the school’s training and curriculum and support essential fundraising initiatives for scholarships and programming.

“For more than a decade, Jon has been an important figure in the life of the school, serving as a faculty member, creating the role of Professional Placement Manager, and spearheading the introduction of a formal mentorship program for apprentices,” said Barbara Vogelstein, chairman of the SAB Board of Directors. “In all of these roles, Jon has been widely admired as a natural leader who is immensely invested in the success and growth of the school’s students. We are confident that the school will thrive under his leadership, and that students will also benefit tremendously from the presence of one of the greatest ballerinas of her generation, Wendy Whelan, in our classrooms.”

“For me there are no more treasured institutions than New York City Ballet and the School of American Ballet,” said Stafford. “My time with the school and company began in 1996, and each year that I have spent here, I have grown as a person and artist. I have developed a deep appreciation for the organizations, their commitments to Balanchine, Kirstein and Robbins, and all of the people – past and present – who comprise NYCB and SAB. I am immensely proud to serve as Artistic Director, and to stand with Wendy Whelan to lead us forward.”

Whelan said, “This appointment represents a homecoming for me, and I could not be more thrilled to return to New York City Ballet. I feel a strong, personal need to be here and to share all that I have to offer to instill positive growth and change for the company. Having served as a role model during my career as a dancer, I am excited to now have the opportunity to contribute in a leadership capacity. The magnitude of what my appointment represents for female dancers, and all women, is of critical importance to me. The moment for change at New York City Ballet is now, and I am excited to help welcome it with Jonathan Stafford.”

Peck also chimed in, “I am overjoyed to team up with Jonathan Stafford and Wendy Whelan, two individuals I admire greatly. I look forward to working with them closely and to the future of New York City Ballet, and am especially excited for all that we will accomplish together to bring innovative new works to our stages, inspiring both artists and audience members alike.”