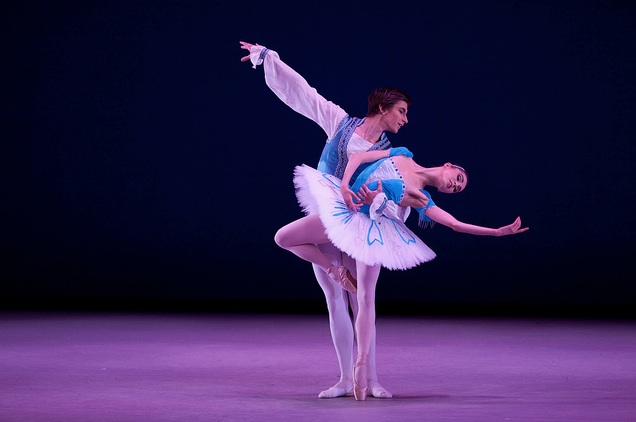 This year, ballet dancers around the world will not have the same extraordinary opportunities their forebears have had in the past several decades as the New York International Ballet Competition (NYIBC) recently announced the cancellation of its 11th competition, slated on the organization’s 30th Anniversary this June 1-23, 2013 at Lincoln Center’s Frederick P. Rose Hall at the Time Warner Center in New York City.

NYIBC is first and foremost a world-class training and educational opportunity focused on the art of the pas de deux and the contemporary duet. Moreover, NYIBC is a multi-cultural exchange for international dancers to showcase their talent. Many of the nearly 500 alumni of the classes of 1984, 1987, 1990, 1993, 1996, 2000, 2003, 2005, 2007 and 2009, consider the three-week immersion an unforgettable experience that made a lasting impression on their careers as professional dancers. Through an intensive learning and coaching environment, many NYIBC alumni regard each other as extended family members.

From inception, NYIBC has offered full scholarships, amounting to approximately $10,000 per participating couple. Once in New York, the class of 48 dancers receives coaching, mentoring, housing, food, medical attention when necessary, exposure to cultural activities and other amenities.

During the past few years NYIBC’s private donor base has shrunk, creating sizable decreases in individual contributions. Ilona Copen, NYIBC’s founder, long-time leader and face of the organization, passed in early 2010 after a long battle with cancer. Since, NYIBC has made ongoing restructuring efforts, but the philanthropic climate from the time of the most recent competition in 2009, has proven to be a serious challenge.

Despite record high submissions from 18 countries generated by the call for applications in the Fall of 2012, critical shortfalls in fundraising, setbacks in public funding, downturns in global giving and the upheaval surrounding Ms. Copen’s passing, the Board of Directors regretfully canceled NYIBC 2013.

Executive Director Marcia De La Garza said, “It is my sincerest wish that Ilona Copen and Igor Youskevitch’s dream of advancing ballet as an art form, providing young dancers with unparalleled learning experiences and contributing to their growth as artists can be carried to the next generation.”

Options are being evaluated with regard to sustaining the organization’s future.