Off the EDGE returns to Atlanta this month 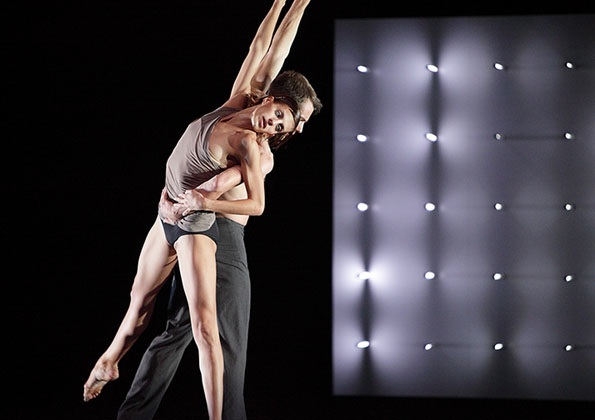 The Off the EDGE Biennial Contemporary Dance Festival will return to Atlanta at the end of January after debuting in 2012 with a smorgasbord of dance performances, classes and events. Co-presented by the Rialto Center for the Arts and Kennesaw State University, the festival brings together some of the world’s most innovative and thrilling dance companies.

Curated by Montreal-based Ilter Ibrahimof, an artist manager and artistic advisor to, among others, the Festival des Arts de Saint-Sauveur and New York City Center’s Fall for Dance Festival, Off the EDGE is highly anticipated, promised to be better than ever. And the roster doesn’t disappoint.

On the first evening of the mainstage performances, set for Friday, January 31 at 8 p.m., Off the EDGE will present Dance Heginbotham from New York, Wayne McGregor’s Random Dance from London, Compagnie Käfig from France and the local troupe Wabi Sabi, supported by Atlanta Ballet. Between these four companies, audiences will see  “startling clarity and breathtaking invention” (on Random Dance by The Telegraph), “genuine warmth and down-to-earth honesty” (on Wabi Sabi by ArtsATL), “phenomenal and demanding moves” (on Compagnie Käfig by Berkshire Fine Arts) and an “oasis of structure, understated virtuosity and, best of all, musical intelligence” (on Dance Heginbotham by DanceTabs.)

Overall, this biennial experience is a must for lovers of dance, sight, sound, movement or simply the unexpected. Ibrahimof’s original curatorial thread will weave an unforgettable weekend of dance. The Rialto Center says, “Once you’ve been to the EDGE, you’ll never be the same.”

For more information on the mainstage performances or the other events surrounding the Off the EDGE festival, visit rialto.gsu.edu. Tickets are now available.

Photo: Wayne McGregor’s Random Dance in the 2010 work FAR. Photo by Ravi Deprees, courtesy of the Rialto Center for the Arts.