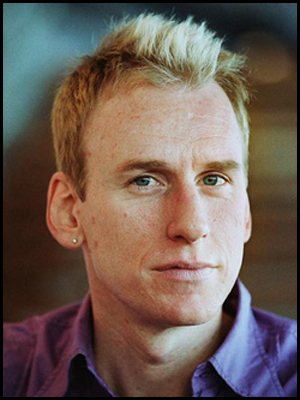 Kevin Irving will bring a wealth of experience as a dancer, teacher and Artistic Director, along with a depth of knowledge and connections in the dance world. “Kevin has very high standards and will not rest until they are met, whether in regards to artistic matters or balancing a budget,” stated one of his dance colleagues.

Irving’s training and track record as an outstanding dancing talent on an international level, as well as his proven abilities in management and artistic direction, education, fundraising and marketing, all combine to make him a qualified leader to help take OBT to the next level of excellence, for Portland, the region and nationally. The contacts Irving has made over his illustrious career will enable OBT to present well-established classics as well as ballets from the major choreographers of today and emerging talents in the world of dance.

Irving began his career as a dancer in 1980 with the Alvin Ailey American Dance Theater. Subsequently, he was a principal dancer with Elisa Monte Dance, Les Grands Ballets Canadiens and Twyla Tharp Dance. In 1994, Irving joined noted choreographer Nacho Duato’s Compania Nacional de Danza in Spain, where he served for eight years as Head of Artistic Department and the primary Rehearsal Director.

From 2002-2007, Irving was the Artistic Director of The Goteborg Ballet, which under his leadership was named the most important dance company in Sweden by Ballet International Magazine. Since then he has worked as a consultant, serving as President/Owner of Dance Masters Consulting. During that time he has worked as Associate Director of Morphoses and guest teacher for such notable companies as Alvin Ailey American Dance Theater, Aspen Santa Fe Ballet, New York Theatre Ballet, Royal Danish Ballet and Juilliard Dance.

Irving has staged works by many of the most distinguished choreographers in the world, including those of his partner, Nicolo Fonte, who has created works for OBT. Additionally, Irving started the not-for-profit organization I-DANCE, which creates relationships between US-based choreographers and Latin American dance communities.

Irving earned his Bachelor of Arts in Dance Performance and Choreographic Studies from Empire College/SUNY, NY, has studied crisis management, work environments, conflict management and is fluent in Spanish, French and has conversational abilities in Swedish and Portuguese.

OBT Board Chair Ken Hick says, “We are particularly gratified that the reputation and success of OBT has been able to attract a leader of such extraordinary success, experience, taste and skills. We welcome Kevin and his partner, Nicolo Fonte, as major additions to the Portland community and cultural scene and we are all looking forward to an exciting next chapter for OBT.”

Speaking on behalf of the Board of Directors, Hick added, “We also want to take this opportunity to thank Anne Mueller for the exceptional work she has done as Interim Artistic Director for the past six months. OBT is indebted to her for her passion, creativity and inspiration during the transition. Her participation at OBT as a dancer and leader has been tremendously important in OBT’s success.”