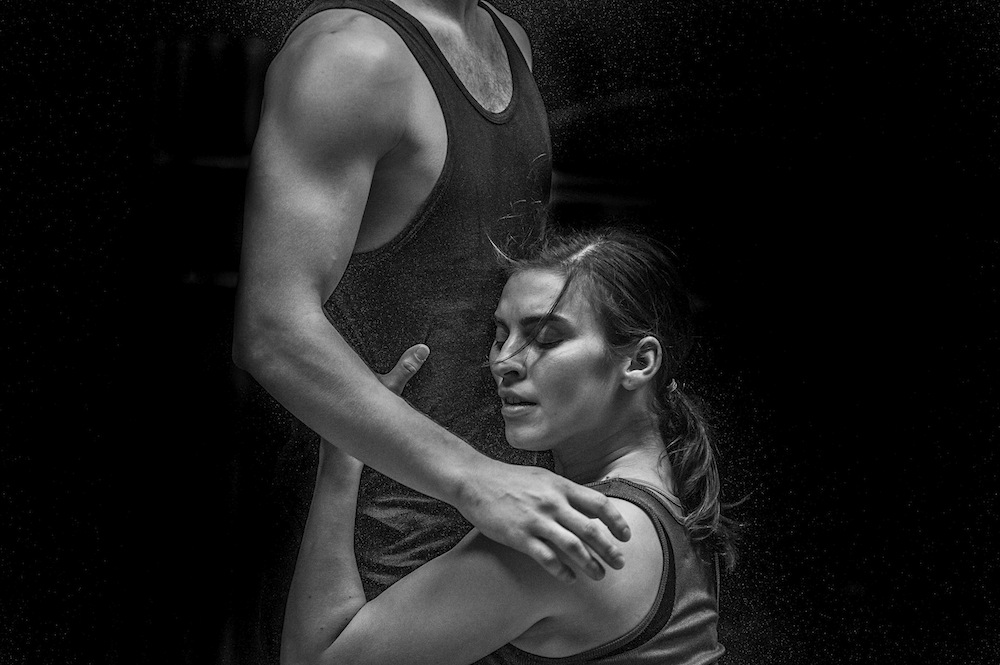 Peridance Contemporary Dance Company has solidified itself as a mainstay of the New York dance scene, and is prepared to unveil its exciting new repertory with four world premieres by Igal Perry, Italian Enzo Celli and New York-based Dwight Rhoden and Sidra Bell. Each program will also include a company premiere by world-renowned choreographer Ohad Naharin.

Opening both Program A and B, Artistic Director Igal Perry’s new creation for the season is titled Infinity. Inspired by the striking images of rural landscapes, frequent in Salvador Dali’s paintings, Perry set her choreography to the famous Adagio movement of Beethoven’s “Sonata Hammerklavier.” The work, which depicts the delicate vulnerability of the human image against a background of vast, open spaces, derives its style and timbre from the music’s sustained and often haunting passages.

Closing both Program A and B, Complexions Contemporary Ballet choreographer and co-artistic director Dwight Rhoden’s new piece for the company embodies his unique and dynamic style. Rhoden, recently described as “one of the most sought out choreographers of the day” by The New York Times, merges his highly athletic and virtuosic choreographic style with PCDC’s talented artists. This new work also reflects Rhoden and Perry’s long-standing collaboration, which has included an exchange of creations on both companies.

As part of Program B, choreographer Enzo Celli unveils I’m Here, a dance inspired by Primo Levi’s Holocaust memoir, “Se questo è un uomo,” which calls on society to remember the past in order to avoid future misdeeds. This artistic collaboration between PCDC and Celli celebrates 2013 as a year of cultural exchange between Italy and the United States. This project aspires to bring together three worlds – the American, Italian and Jewish – and unite them in their common love for life and freedom. Celli’s deep understanding of both Italian and Jewish cultures is physicalized in gestural movement and a sensitive, evocative mix of dance and drama.

For the second year in a row, New York-based choreographer Sidra Bell brings her visually stunning work to PCDC. Presented as part of Program A, this year’s creation, titled Vivian & Paul, explores a new direction of expression, which involves partnering and the close proximity of dancers’ bodies. With her numerous internationally acclaimed choreographic residencies, PCDC is proud to claim Bell as a constant collaborator.

The company also revives two works by Perry for the NY season: the dynamic ballet Conflicted Terrain, and two abstract duets from Twilight.

Conflicted Terrain, is choreographed to Henryk Górecki’s “String Quartet # 3,” and features an on-stage, live string quartet led by cellist Nan-Cheng Chen. This haunting piece is filled with fast-paced, emotional movement that will draw audiences in with its powerful resonance and energy. Excerpts from the beautiful Twilight are classical in style, where both partnering and movement sequences venture into a realm of deep, expansive movement, ranging in energy from soft and sustained to unexpected, sharp and fast paced sequences.

Program A will be presented Sunday, March 10 at 2 p.m., Saturday, March 16 at 8:30 p.m. and Sunday, March 17 at 6 p.m. It will include Naharin’s duet from Mabul, Bell’s Vivian & Paul, Rhoden’s premiere and Perry’s new work and Conflicted Terrain.

Program B will be presented Sunday, March 10 at 6 p.m. and Sunday, March 17 at 2 p.m. It will include Naharin’s duet from Mabul, Enzo Celli’s I’m Here, Rhoden’s premiere and Perry’s new work and Twilight excerpts.