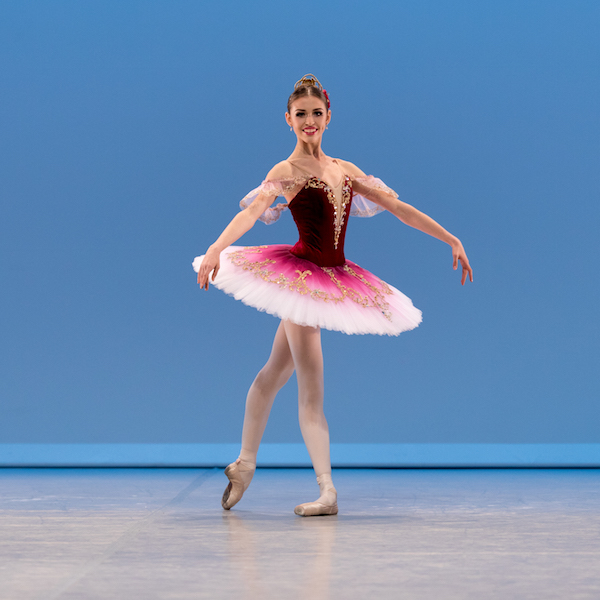 A large audience attended the Prix de Lausanne Finals on Saturday, February 3, both at the Théâtre de Beaulieu in Switzerland and online. Eight young dancers were awarded a scholarship allowing them to enter one of the 72 partner schools or companies of the Prix de Lausanne. Non-awarded candidates could take part in the Networking Forum on February 4 and have the opportunity to be chosen by directors of the partner institutions.

The Prix de Lausanne has once again attracted young and promising dancers from all over the world. 74 out of the 78 selected candidates participated in the 46th edition. On Friday, February 2, 21 candidates were chosen at the Selections to compete in the Finals. Eight finalists were awarded a scholarship that provides them with the unique opportunity to choose among the 72 prestigious partner schools and companies of the Prix de Lausanne.

During the week, jury members have observed the candidates performing their classical and contemporary variations. This year, the artistic director of the HET National Ballet, Ted Brandsen, was president of the nine-jury member panel. As internationally-renowned dance professionals, they selected the eight most promising talents.

Performance Pieces: Paquita and Plan to B

For his interpretation of: Furia Corporis

Finalists who were not awarded any prize receive the Finalist Award, a sum of CHF 1’000, through sponsor Bobst.

During the jury deliberations after the Finals, the audience enjoyed a performance in two parts. This year, the interlude began with the new Choreographic Project (made up of 50 students from Prix partner schools) premiering Pulse, choreographed by Goyo Montero. It continued with a performance by Mariinsky Theatre First Soloist Kristina Shapran and Principal Dancer Xander Parish.