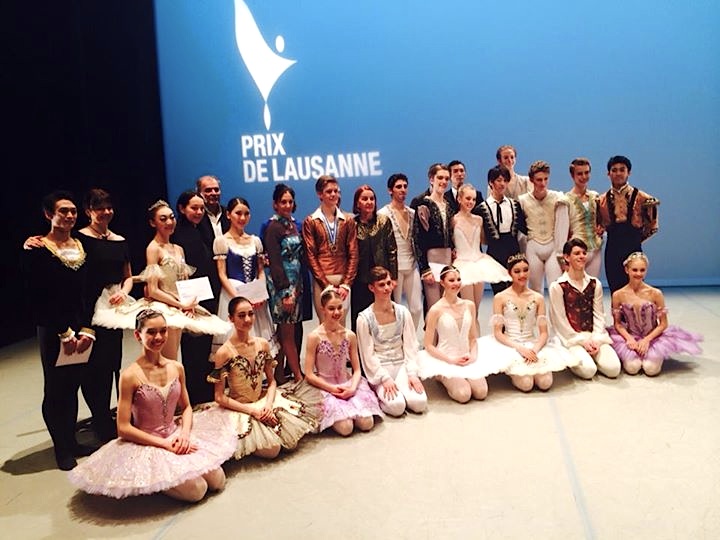 The curtain has fallen on the 43rd edition of the Prix de Lausanne, an annual international ballet competition for young dancers taking place in early February at Beaulieu Theatre in Lausanne, Switzerland. Running from February 2-7 this year, this prestigious competition once again attracted young, promising dancers from all parts of the world.

This 43rd edition began with a total of 67 candidates, 20 of which were selected to compete in the Finals on Saturday, February 7. Amongst these finalists, six were awarded a scholarship allowing them to further their dance studies with one of the 63 prestigious Prix de Lausanne partner schools or companies.

For non-awarded candidates, the Prix de Lausanne has organized a “Networking Forum”, an audition giving them the opportunity to be chosen by representatives of partner schools and companies of the Prix. The Networking Forum, in addition to all the experience they have gained, makes the competition worthwhile for all participants.

Over the course of the week, jury members observed the candidates performing their chosen classical and contemporary variations. The jury was made up of nine internationally-renowned dance professionals, chaired by Ms. Cynthia Harvey, former principal dancer with American Ballet Theatre in New York and The Royal Ballet in London.

In addition to winning the Oak Foundation Scholarship, Miguel Pinheiro from Portugal (401) was awarded the Contemporary Dance Prize by Minerva Kunststiftung. The Audience Favourite Award went to Lou Spichtig of Switzerland (306), who was also named the Best Swiss Candidate.

During the Finals, the audience enjoyed a performance by two former Prize Winners – Karen Azatyan, a soloist of the Hamburg Ballet, and Arsen Mehrabyan, a principal of the Royal Swedish Ballet, along with Vahe Martirosyan, a first soloist of the Royal Swedish Ballet. In addition, the Prix presented a world-premiere dance performance by six dancers from the Queensland Ballet Jette Parker Young Artist Program in Australia.

For the third consecutive year, the Prix offered daily conferences, the “Daily Dance Dialogues.” The conference featured ballet stars, Lauren Cuthbertson, Cynthia Harvey, Ethan Stiefel, Lisa-Maree Cullum and Chi Cao. The Daily Dance Dialogues were an occasion for the public to engage in a discussion with dance professionals.

For more information on the 2015 Prix de Lausanne, visit www.prixdelausanne.org. To see the dancers competing in the Selections and Finals, head to http://concert.arte.tv/fr/finale-du-43eme-prix-de-lausanne. All candidates’ variations will be uploaded to the official Prix de Lausanne YouTube Channel next week.