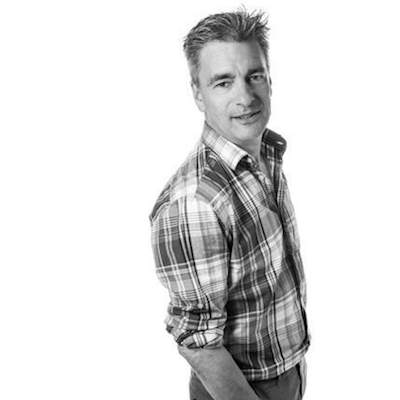 Gerard Charles, who was until recently the director of artistic operations at Joffrey Ballet in Chicago, will step into the role of artistic director at The Royal Academy of Dance (RAD) on Monday, 15 October. He will be responsible for providing artistic leadership, creativity and expertise to all areas of the Academy’s work, maintaining its artistic integrity and leading on the development of its artistic, education and community initiatives on a global scale.

The appointment comes at a key time for the RAD as it looks ahead to its centenary year in 2020, which includes moving into a new purpose-built HQ which, at almost double the size of its current premises, will provide a world-class space and future-proof home for the RAD.

Born in Folkestone, England, Gerard Charles received his dance training at the Royal Ballet School and returns to the U.K. to join the RAD after spending nearly 40 years based in America. As a professional dancer, his career started at Ballet International before moving to Milwaukee Ballet and BalletMet in roles ranging from corps de ballet to principal. Since retiring from the stage, he has served as education director for Ballet Met Columbus; ballet master for BalletMet and Les Grands Ballets Canadiens; artistic director at BalletMet and most recently director of artistic operations at Joffrey Ballet. He has choreographed and staged works internationally and has received an NEA Choreographic Fellowship.

Speaking of his new role, Charles said, “With a history stretching back almost 100 years, this is an ideal time to begin to work with the Royal Academy of Dance and to meet the evolving needs of our art form as we take the Academy forward.”

“I believe that a high-quality foundation is critical to the success of young dancers and that the RAD is well placed to deliver that by providing systematic training at each critical stage of a dancer’s life through its focus on the training and mentoring of their teachers, monitoring standards, and giving opportunities to people who would not otherwise have the chance to dance.”

“The RAD provides a continuum that offers close connections with dance at any age or ability and it will continue to champion the broader interests of dance, and its supporters, well in to the next century. I am keen to get to work and to meet the community that makes all this possible,” Charles concluded.

Luke Rittner, chief executive at the RAD, said, “As one of the world’s leading authorities on dance, we are delighted that an artistic director of Gerard’s calibre will be joining us during such a key transitional phase for the Academy. He has committed his professional life to dance and brings a wealth of experience to the role having worked in nearly all facets of the industry – from performer and ballet master through to MD, educational director and artistic director – with some of the most highly regarded dance companies in the world.”

Rittner continued, “His experience and vision, alongside his appreciation for the RAD’s structured approach to education and training, make him an ideal addition to our organisation, and we look forward to working with him as we approach the major centenary milestone and lead the RAD into its next chapter.”

For more information on the RAD, visit www.rad.org.au.