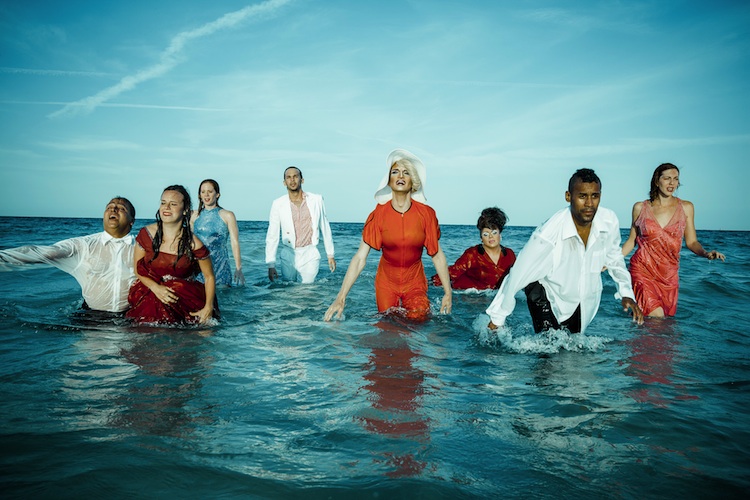 Presented as part of the Center’s current Dance Celebration season, which is co-presented by Dance Affiliates and Annenberg Center Live, the program will open with Dining Alone, a 2011 work choreographed by Artistic Director Rosie Herrera, who has been described by The New York Times as “the Pina Bausch of South Beach.”

Using water as a metaphor for the unconscious, the 2009 work Various Stages of Drowning: A Cabaret recreates dream states by incorporating dance, theatre, cabaret and film. This is a breakout piece by the young Cuban-American choreographer whom World Dance Reviews calls “a magician that twists our emotions.” It features cameo appearances by characters such as a woman lounging in a claw-footed bathtub, a drag queen climbing a ladder to Celine Dion’s “My Heart Will Go On”, a young child being carried across the stage who reappears on a toy bike, a woman dropped on 10 cakes followed by a man dropped on 10 cakes (which elicits a different response) and more. This work was the hit of The American Dance Festival.

Herrera comments about her work, “I’m a surrealist. I can be like a child, very giddy and happy, and I can be very dark. You can’t have one without having the other. It’s not something I save for the stage; it’s how I see life.”