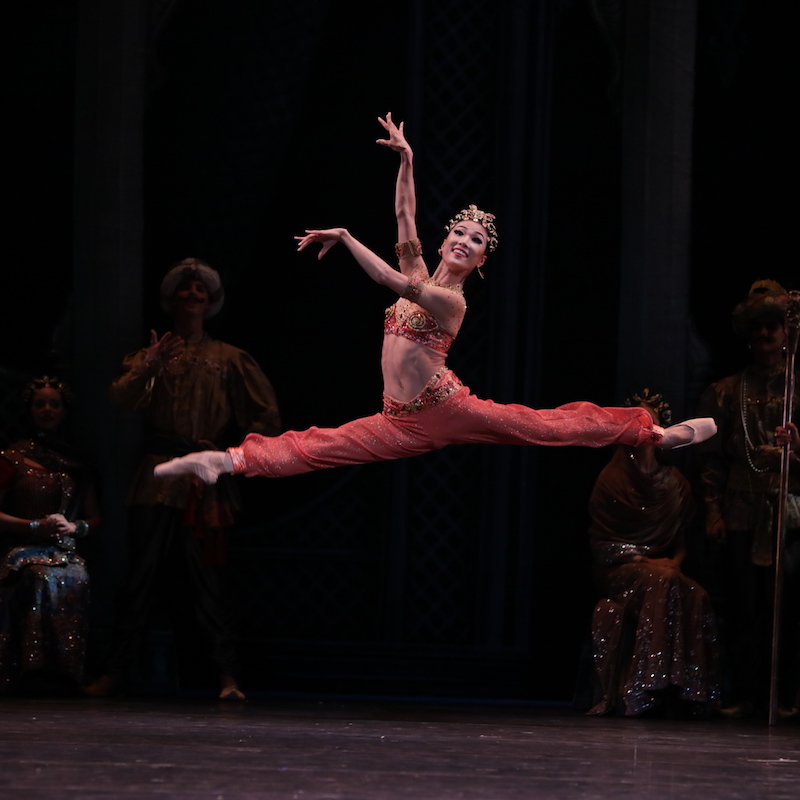 Houston Ballet has announced that Artistic Director Stanton Welch AM has promoted Soo Youn Cho to the rank of Principal. Formally a First Soloist, Cho was promoted on the evening of December 23, 2018 after starring in Stanton Welch AM’s The Nutcracker as the Sugar Plum Fairy. This well-deserved promotion is another welcomed celebration and symbol of triumph for the organization during its return to its home stage.

“The night of my promotion was filled with unforgettable moments, and it still feels like a dream to me,” said Cho. “I look forward to continuing to develop and grow as a dancer and a person, and I thank everyone in my life that helped me get to where I am today. This would not have been possible without their love and support.”

Cho has been with Houston Ballet for seven years and has an extensive repertoire. She joined Houston Ballet as a Demi Soloist in 2012 and was promoted to First Soloist in 2014. During her time at Houston Ballet, Cho has danced lead roles in productions such as Stanton Welch AM’s Giselle, La Bayadère and Madame Butterfly, and Ben Stevenson’s Don Quixote.

Cho has shared her love of dance across the globe and grown her passion into the career she has today. Born in Incheon, Korea, she originally trained at the Sunhwa Arts School. She then attended the Canada National Ballet School on a full scholarship from the 2002 Prix de Lausanne and the John-Cranko Ballet School in Stuttgart, Germany. Her numerous awards include: a gold medal at the 2001 Korea Ballet Competition, being a winner at the 2002 Prix de Lausanne, a bronze medal at the 2002 Varna Competition in Bulgaria, and a gold medal at the 2005 Tanzolymp in Berlin. She danced professionally with Leipziger Ballet in Germany before joining Tulsa Ballet in 2007, where she was promoted to Principal in 2010.