SYTYCD renewed and back to adult dancers

admin February 16, 2017 Dance News, So You Think You Can Dance No Comment 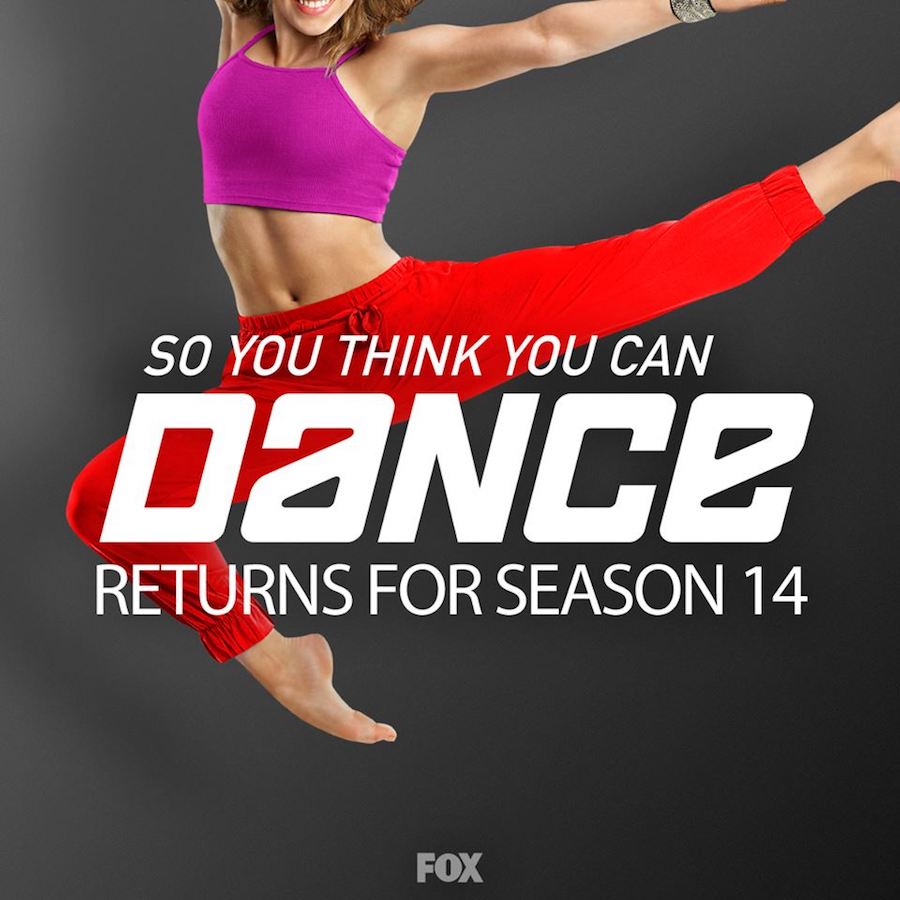 Fox has renewed its Emmy Award-winning So You Think You Can Dance for a 14th season. From 19 Entertainment and dick clark productions, SYTYCD will return this summer, back to its original system of featuring adult dancers between the ages of 18-30.

Once again, these dancers will showcase their talents in various dance styles, including contemporary, tap, hip-hop, ballroom, animation, breaking and more. The Top 10 dancers will be paired up with All-Stars who will guide them throughout the competition as they vie for America’s votes and the title of America’s Favorite Dancer.

“This season is about giving our loyal fan base what they’ve been asking for,” said Executive Producer Nigel Lythgoe. “We’ve decided to go back to basics by bringing the best of our past formats together for an exciting new summer featuring accomplished adult competitors partnered with fan-favorite All-Star dancers. And, of course, as in past seasons, there will be new surprises which are sure to wow our viewers.”

This season, all potential contestants must register online at soyouthinkyoucandanceseason14.castingcrane.com and upload a video or provide a link to a video of their performance. If selected, producers will reach out to schedule the contestant for an in-person audition in one of the two audition cities: New York (March 4-6) or Los Angeles (March 17-19).

Last September, Kida Burns was named the winner during the live two-hour season finale on Fox. Burns, at just 14, was the show’s youngest winner and danced off with the cash prize of $250,000 and the title of America’s Favorite Dancer. SYTYCD reportedly garnered more than 180 million video views and social engagements on leading social platforms last season. The series also celebrated its milestone 250th episode.

According to a tweet, Paula Abdul will not be returning to judge this season since she’ll be on the Total Package Tour. She posted on Twitter that she would be “DVRing every episode and watching from the tour bus!” Her replacement has yet to be announced.

Over the course of its 13 seasons, SYTYCD has received 55 Emmy Award nominations and garnered 14 Emmy Award wins. The hit series also received a Teen Choice Award in 2006 and a Television Critics Association Award in 2012 for Outstanding Achievement in Reality Programming.