SYTYCD: The Buzz on Week 3 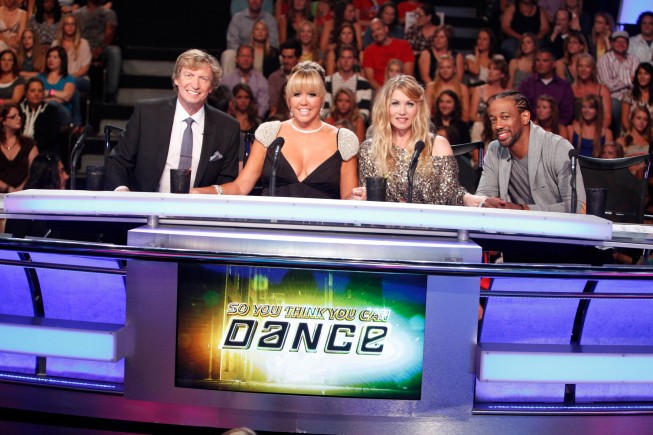 Last week, we said goodbye to So You Think You Can Dance contestants Alexa Anderson, Janaya French, Daniel Baker, and Nick Bloxsom-Carter. Goodbyes are never easy, but the show must go on. Heading into week 3 of the competition we can look forward to guest judges and special dance performances.

Joining Mary Murphy and Nigel Lythgoe on the judges’ panel will be television, film, and Broadway actress Christiana Applegate. A self-admitted super-fan of the show, Applegate is no stranger to the SYTYCD scene; she was a guest judge on Season 8, giving insightful critique and praise to the dancers.

In addition to watching the Top 16 dancers compete for America’s votes, Wednesday night’s two-hour episode will also feature a performance by the world-renowned Alvin Ailey American Dance Theater—providing a little extra inspiration for the contestants.

In other SYTYCD news, the series is celebrating six 2012 Emmy nominations, including Outstanding Reality-Competition Program, Outstanding Host for a Reality or Reality-Competition Program (Cat Deeley), Outstanding Choreography (Stacey Tookey, Christopher Scott, and Spencer Liff), and Outstanding Lighting Design/Lighting Direction for a Variety Series. Over the course of the past nine seasons, SYTYCD has received twenty-nine total nominations and nine wins. Tune into the Emmy Awards on September 23 to see how the show fares against the competition.

Congratulations SYTYCD on all of the wonderful Emmy recognition!

Photo: Christina Applegate on the panel of So You Think You Can Dance judges with Nigel Lythgoe, Mary Murphy and Lil’ C in Season 8. Photo by 2011 Fox Broadcasting Co. Adam Rose/FOX