‘The Dancer’ film to open in U.S. and Canada 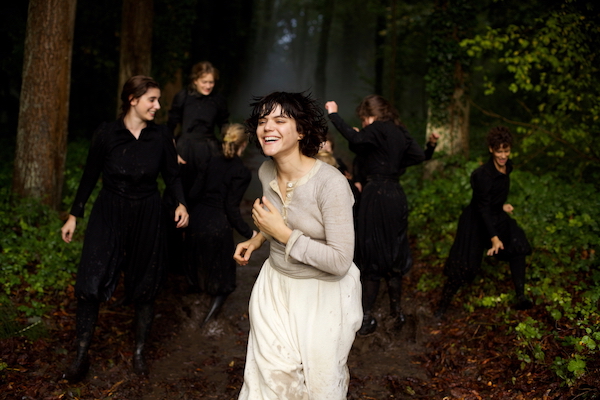 The Dancer, a French feature film by Stéphanie Di Giusto, will be released in the U.S. and Canada in select theaters beginning December 1, 2017. Inspired by the lives of dance legends Loïe Fuller and Isadora Duncan, the film captures two seminal figures in the history of modern dance and theatrical performance.

The film stars French singer/actress Soko as Loïe Fuller and Lily-Rose Depp as her rival, Isadora Duncan. Jody Sperling, the founder and artistic director of Time Lapse Dance, served as the choreographer, creative consultant and dance coach for the project. As the preeminent exponent of Fuller’s dance style, Sperling was perfect in her role. She worked intensively with Soko to prepare her for her part, training her 5-6 hours per day for a period of five weeks.

Sperling was nominated for a 2017 World Choreography Award in the Motion Picture Category for her work. The film itself garnered six César Award nominations, including a win for Best Costume Design.

The Dancer originally premiered at the 2016 Cannes Film Festival in the “Un Certain Regard” category and made its NYC debut at Lincoln Center Film Society’s Rendez-Vous with French Cinema Festival in March of this year. The Dancer, which has already been released in places like Australia, is highly anticipated in America. Watch the film’s trailer below.

In an interview, Director Stéphanie Di Giusto shared how the film came about. “It all began with a black and white photograph of a dancer hidden in swirling veils and  floating above ground with a caption at the bottom: ‘Loïe Fuller: icon of the Belle Epoque.’ I was curious about the woman behind the long swathes of fabric, and her story blew me away. I loved the fact that she became famous by concealing herself, her trailblazing nature. With her Serpentine Dance, Loïe Fuller literally revolutionized the stage arts at the end of the 19th century. Yet no one, or almost no one, remembers her.”

When asked what it was about Fuller that particularly touched her, Di Gusto said, “She didn’t possess any of the ideals of beauty that were fashionable in her day. She was physically unattractive. She had the strong, sturdy build of a farm girl and felt like a prisoner in a body she’d rather forget. Yet instinctively, she invented a move that would carry her across the world. The natural grace that she was lacking, she was able to create for her show, and thereby find liberation through her art. She would reinvent her body on stage. That’s a hugely important notion for me.”

She continued, “Some people find the words to communicate. She found a gesture and took hold of her destiny. She turned her inhibitions into movement, her uneasiness into energy, a wildly defiant explosion of life. I also wanted to capture the emotion of the struggle. It’s a strange blend of strength, willpower and fragility.”