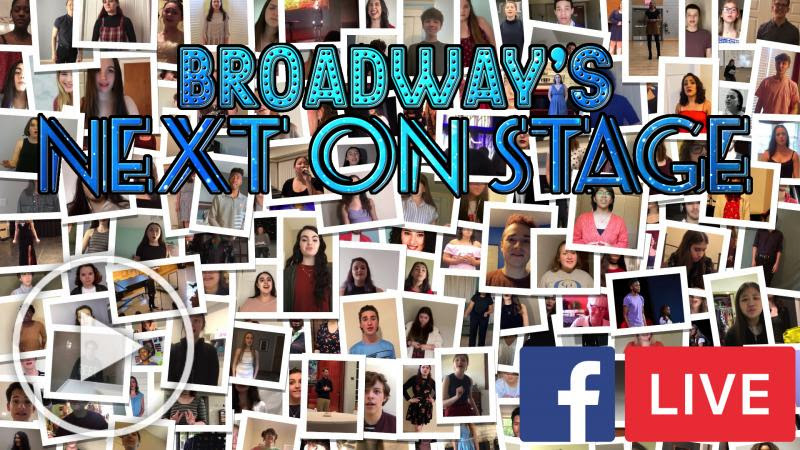 Tune in May 21st at 8PM for the High School Edition and May 22nd for the College Edition of BroadwayWorld’s NEXT ON STAGE – a new, online musical theatre singing competition for student performers sponsored by Broadway Records!

This week the judges will review the top 15 performers and provide feedback for them to use in their next performances which will be voted on by the public next week. The judges will also review performances from the bottom three contestants who didn’t make the top 15, giving one of them a chance to compete for a spot in the top 10!

Inspired by one of the favorite network TV singing contests, the site invited high school and college aged students to submit videos of themselves performing a song from the musical theatre canon to enter the competition.

Congrats to Brandee D, the winner of our first 5-CD prize pack. Winners will be chosen weekly, so remember to enter for the chance to win an exclusive Broadway Records 5 CD prize pack each week of the Next On Stage live shows and to keep up to date on exclusive offers and new album releases. Winners are chosen every Monday!

Both the college and high school winner will receive a Broadway prizepack with merch from the BroadwayWorld Theatre Shop, CDs from Broadway Records, and $1000 to a charity of their choosing, and both first-place winners will also have the opportunity to record a single, to be released by Broadway Records, with the profits from the recording being donated to The Actors Fund.

-A virtual voice lesson with Matt Farnsworth prior to recording your single.

-A session with Telsey + Company’s Rachel Hoffman to hone in your audition skills.

-A free subscription to BroadwayWorld Edu – online classes in singing, acting, and dancing worth over $1200.