10th Annual Ailey at The Apollo 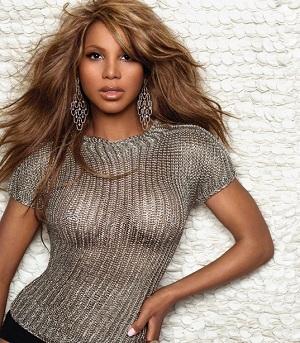 Stars of Alvin Ailey American Dance Theater, young dancers from The Ailey School and, for the first time ever, students from AileyCamp will come together for a spectacular one-night performance on Tuesday, May 8th at 7pm on the world famous Apollo stage.  Led by new Artistic Director Robert Battle, the Spring Gala Benefit performance will be at the Apollo Theater (253 W 125th Street, between 7th & 8th Avenues, NYC). A gala party with festive dress, décor and dancing to music by the famed DJ Ruckus will conclude the 10th annual celebration.

Ailey At The Apollo will honor Leslie Maheras, a member of Ailey’s Board of Trustees, and her husband Tom Maheras for their wonderful support and commitment to the Ailey organization, and for their leadership in the broader cultural and educational community. The Honorary Chair is R&B sensation and six-time Grammy winner, Toni Braxton. With more than 40 million albums sold worldwide, Toni Braxton is recognized as one of the most outstanding voices of this generation. Today, she is enjoying huge success with her Braxton Family Values reality show on the WE network. Sponsored by FedEx Corporation, gala co-chairs are Lynne and Anthony M. Carvette, David E. Monn, and Almaz and Marc Strachan and vice chairs are Judith Byrd, Catherine Davis, and Pamela Zilly and John Schaefer.