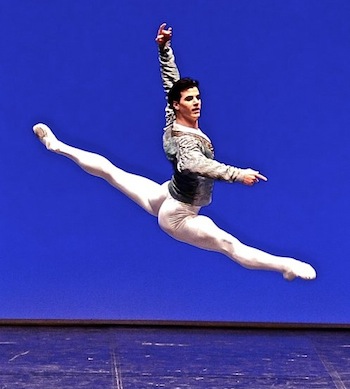 The 18th Annual International Ballet Festival of Miami (IBFM) is scheduled to launch on Thursday, August 29 and will continue through Sunday, September 8, with performances and an array of other activities in various venues throughout Miami-Dade County.

“We are honored to have the participation of distinguished dancers from around the globe to delight our audience,” comments Pedro Pablo Peña, Festival Founder and Artistic Director.

This year’s festival will launch with a cocktail reception featuring the unveiling of the Official IBFM Poster by Colombia artist Ana Maria Gonzalez. The unveiling will be celebrated on Thursday, August 29 at 7 p.m. along with a dance-inspired fine arts exhibition at the Miami Hispanic Cultural Arts Center.

Six magnificent performances will thrill audiences this year featuring ballet, modern and contemporary performances performed by companies from Argentina, Brazil, Canada, France, Italy, Mexico, Hungary, Germany and the USA. The first, in collaboration with the Youth American Grand Prix, features young international ballet competition medalists at the Lehman Theater on Miami Dade College’s North Campus on Friday, August 30 at 8 p.m. Another highlight will be a Contemporary Performance at the Colony Theater at Miami Beach on Sunday, August 31 at 5 p.m.

The festival finale will consist of two Spectacular Grand Gala Performances with renowned ballet companies from across the globe, represented by their greatest stars, at the Fillmore Miami Beach at the Jackie Gleason Theater on Saturday, September 7 at 8 p.m. and Sunday, September 8 at 5 p.m.

Every year during the Gala Performances, the festival presents an award to a legendary figure of the dance world and to a renowned dance critic. This year the recipient of the A Life for Dance Award will be Mrs. Maria de Avila, a renowned Spanish ballet dancer and choreographer. The Criticism and Culture of Ballet Award will be presented to Mr. Clement Crisp, a respected English journalist.

Furthermore, the IBMF also includes a dance film series in collaboration with the Cinemathèque de la Danse de Paris. The series has the participation of several theaters throughout Miami Dade County, showing numerous films throughout the festival. Plus, master classes and workshops by national and international guest teachers will take place during the IBMF at the Miami Hispanic Cultural Arts Center.

For the full performance and activities schedule, visit www.internationalballetfestival.org. Tickets can be booked via ticketmaster.com.

Photo: Vienna State Ballet’s Davide Dato, who will perform at this year’s IBMF. Photo by Paulone, courtesy of the International Ballet Festival of Miami.