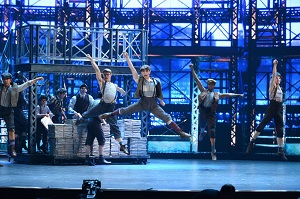 For all the news and full list of winners visit www.tonyawards.com