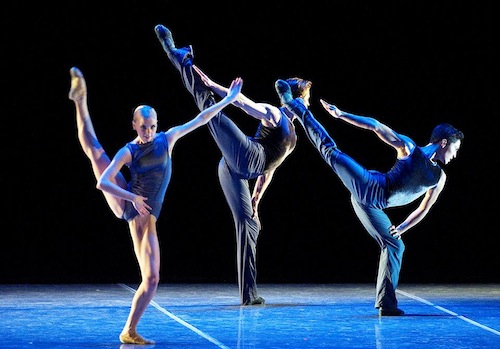 Every year the UK Critics’ Circle National Dance Awards celebrate all that’s great in dance. As of this week, the votes have been counted for the shortlist of the 2014 National Dance awards, with the final names ranging across ballet, modern dance and flamenco.

The basic protocol of the awards is that voters have to be members of the Critics’ Circle, and the qualifying works have to have been performed in the UK in the last year, specifically between August 31, 2012 and September 1, 2013 for this round of awards.

The categories within the awards that focus on individuals are somewhat simplistic, choosing dancers and artists based on their singular performance or contribution to dance. However, the stylistic categories, such as “best classical choreography” or “best modern choreography,” becomes a little more complicated since the line between movement styles has become more hazy in recent years.

This category is geared towards dancers who are younger or less prominent, and covers a single performance of any dance style rooted within a traditional codified language, such as ballet, flamenco or kathak.

– Nancy Osbaldeston (for the ballerina in Petrushka for English National Ballet)

– Akane Takada (for Olga in Onegin for Royal Ballet)

(See the same description above.)

– Jeffrey Cirio (in Plan to B for Boston Ballet)

– Brian Maloney (for Bratfisch in Mayerling for Royal Ballet)

– Hannah Vassallo (for Aurora in Sleeping Beauty for New Adventures)

– Paul White (in The Oracle for Meryl Tankard)

Photo (top): Whitney Jensen, Bo Busby and Jeffrey Cirio in Jorma Elo’s Plan to B. Jeffrey Cirio was nominated for the award of Outstanding Male Performance – Classical for the 2014 National Dance awards. Photo by Gene Schiavone.