2015 Fall for Dance Festival on the horizon 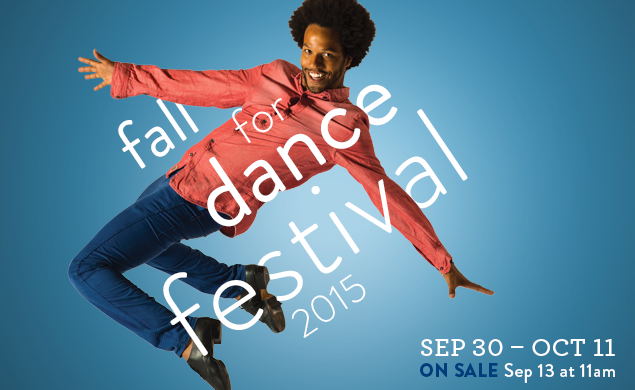 Since its inception, Fall for Dance has presented nearly 200 companies to more than a quarter of a million audience members. The best part? Tickets to all these performances are just $15!

“Fall for Dance began with the goal of introducing new audiences to the power of dance, which we continue to do by keeping all tickets at $15,” said New York City Center President & CEO Arlene Shuler. “For the Festival’s 10th anniversary in 2013, we went even further by commissioning world premiere works. The creation of new work is essential to the continued development of dance artists, and we’re proud to continue that tradition this year with two commissions: a New York premiere by Pam Tanowitz and a world premiere by tap dancer and choreographer Michelle Dorrance.”

For more information on the Fall for Dance Festival and its calendar of events, visit www.nycitycenter.org. Tickets are now on sale.