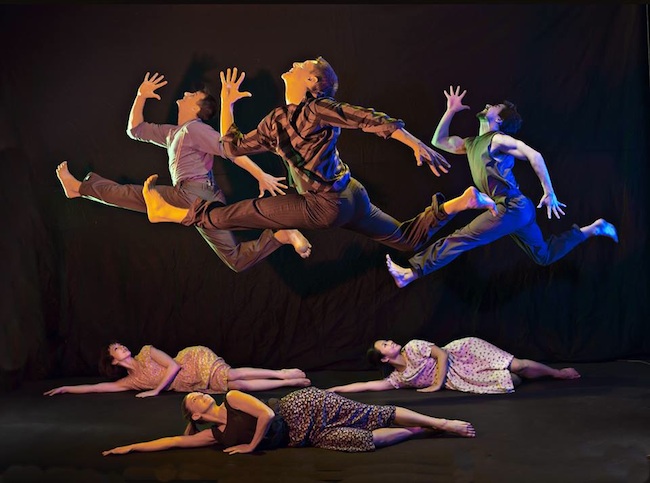 Carolyn Dorfman Dance, known for its athleticism, dramatic nuance and musical range, returns to the Festival after first performing in 2007. On April 18, the company will present the Florida premiere of Dorfman’s highly acclaimed Interior Designs, as well as The Klezmer Sketch and Narcoleptic Lovers by Doug Elkins. The company will also give a free lecture/performance at Miami Dade College’s Wolfson Campus titled Art and Legacy/The Power of Art to Transform Lives on April 14.

Family Day will be on May 9 at 11 a.m. with the story of Alice in Wonderland being presented at Coral Gables Public Library. On May 14, a collaborative improvisational program with guest artists and percussionist J.J. Freire will be presented at St. John’s On the Lake United Methodist Church. Plus, on May 21, An Evening of Water Ballet will premiere at the National Hotel pool deck.

Then, for a rousing finale, the Festival chose the world premiere of El Padre, a new flamenco dance-drama by Ballet Flamenco La Rosa Artistic Director Ilisa Rosal. Rosal has made an international name for herself by taking flamenco into dramatic narrative using important literary works as a point of departure. El Padre is inspired by August Strindberg’s “The Father.” The performance features live music and guest artists from Spain and Sweden for the company’s 30th anniversary season.