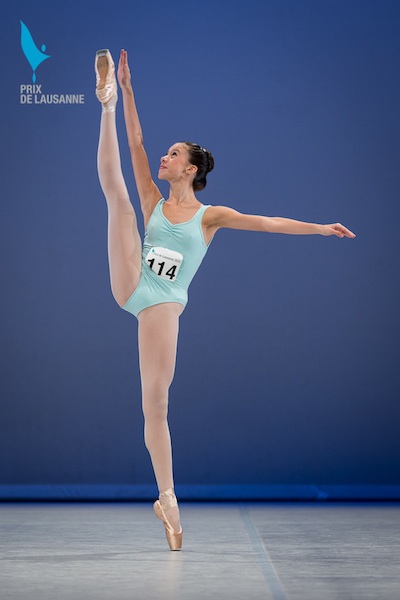 In mid-November, the candidates for the 2014 Prix de Lausanne were announced. Now the jury, teachers, coaches and musicians have been announced as well. The 42nd international ballet competition is set for January 27-February 1, 2014 in Lausanne, Switzerland.

A total of 295 candidates (224 female and 71 male dancers), representing 35 different nationalities, applied for the Prix de Lausanne video selections that took place November 14-17. The assessing panel for this qualifying round of the competition was made up of the Prix’s artistic director and a group of dance experts, each of whom meets the criteria for membership in a Prix de Lausanne jury. After deliberation, the panel selected 71 young dancers for the competition.

Two candidates were chosen at the preselection in Dresden, Germany — Sara Barbieri of Italy and Johannes Goldbach of Germany. In addition, four candidates were selected at the preselection in Argentina for Latin American candidates, which was organised by Danzamerica. They are Bianca Gomes Vilarinho Teixeira, Maria Clara Marinho Coelho, Vinicius Silva and Pedro Caricato de Carvalho Salles – all from Brazil.

For a listing of teachers, musicians and pianists, visit www.prixdelausanne.org. Tickets to watch the competition go on sale today, December 16.