ABT premieres ‘The Sleeping Beauty’ in Cali 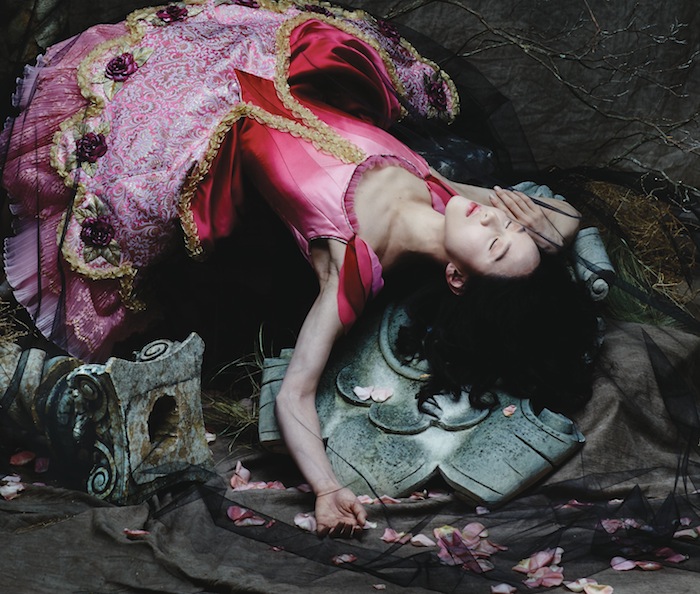 American Ballet Theatre has returned to Segerstrom Center in Costa Mesa, California in the lead up to its world premiere of the classic ballet The Sleeping Beauty, choreographed by Marius Petipa with staging and additional choreography by ABT Artist-in-Residence Alexei Ratmansky. In its 23rd visit to this performing arts center, ABT will present this all-new production on March 3–8, featuring Tchaikovsky’s beloved score performed by Pacific Symphony.

Principal casting for The Sleeping Beauty presents Diana Vishneva and Marcelo Gomes in the lead roles for the opening night cast. Principals Gillian Murphy and James Whiteside will perform the roles of Aurora and Prince Désiré the next night, on Wednesday, March 4 at 7:30 p.m. Principal Hee Seo (who is featured in the show’s marketing imagery) will dance with Cory Stearns in these roles on Thursday, March 5 at 7:30 p.m. The remaining performances will feature these dancers again, as well as Paloma Herrera with guest artist Denys Nedak and Isabella Boylston with Joseph Gorak.

Sets and costumes are by Tony Award-winning designer Richard Hudson, based on the historic work of Léon Bakst, who created a seminal version of The Sleeping Beauty for Serge Diaghilev’s Ballets Russes in 1921. The production will receive its New York premiere during ABT’s 2015 spring season, certain to be a cornerstone during the company’s celebratory 75th anniversary year at the Metropolitan Opera House. This version of The Sleeping Beauty is the company’s fourth production of the ballet and marks Ratmansky’s 11th work for ABT.

Lobby activities include an exhibit of costume sketches and a set model designed by Richard Hudson (based on the historic work of Léon Bakst) and coloring stations for children on the Orchestra Terrace Level, featuring Hudson’s costume designs for Princess Aurora and Prince Désiré.

For more information or to book tickets, visit www.scfta.org. If guests post photos or statuses to their social media sites, they are asked to use the hashtags #SCFTA and #ABTSleepingBeauty.