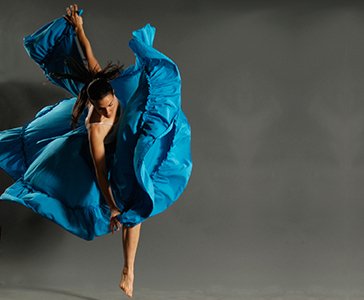 The Dance Center of Columbia College Chicago explores the ways Africanist and Latin@ aesthetics influence each other in its 2014 Afro-Latin@ Diaspora Summer Dance Intensive on July 7–18.

“The term ‘Afro-Latin@’ refers to ‘Latina/o,’” explained Assistant Professor of Dance Raquel Monroe, Ph.D. “The ‘@’gives the reader/speaker the option to use the masculine or feminine pronunciation.”

A symposium, “Roots and Routes: Afro-Latinidad in Motion,” will take place on Monday, July 14 from 9 a.m. to 5 p.m. at the Columbia College Chicago School of Media Arts, located at 1600 S. State St. in Chicago. Guest artists and scholars will explore dance and music in the Afro-Latin@ Diaspora. The symposium is free and open to the public.

For a detailed schedule of classes, pricing for classes and workshops or tickets to the public performances, call 312-369-8330 or visit colum.edu/dancecenter.

Photo courtesy of the Dance Center of Columbia College Chicago.