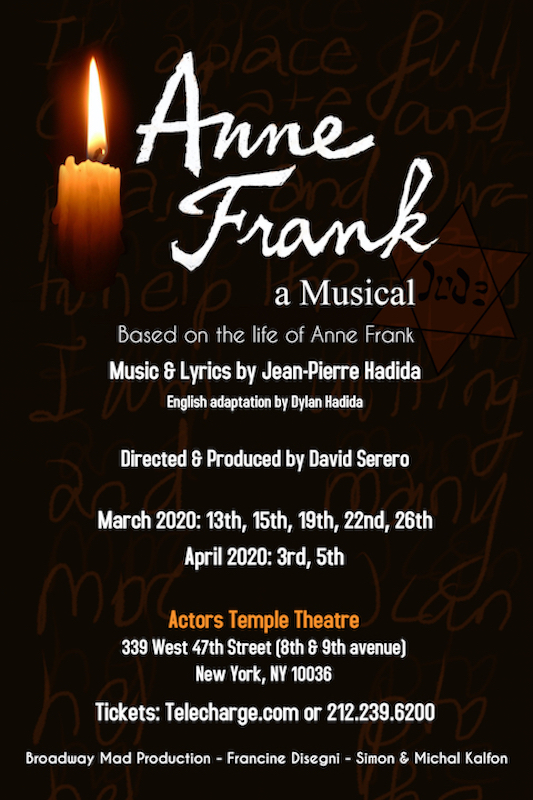 Written by Jean-Pierre Hadida, adapted in English by Dylan Hadida, this musical was highly recognized in France for the last ten years. After receiving critical acclaim for his 2019 Off-Broadway production, David Serero returns as the director and producer of this revival, also starring as Otto Frank. Anne Frank, a Musical features 12 artists on stage to bring the poetry and music of Jean-Pierre Hadida.