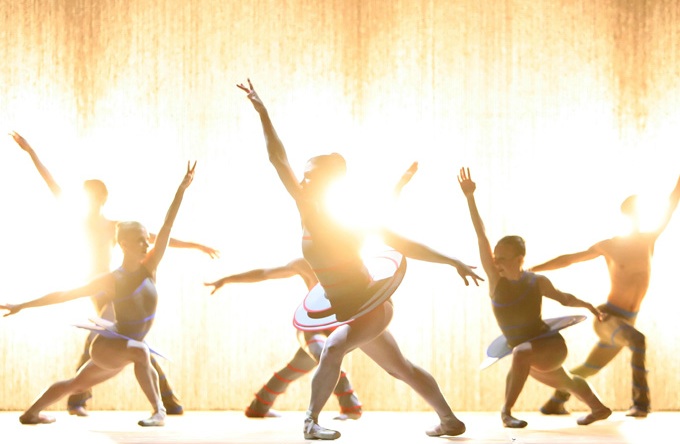 Ballet Austin’s nationwide search for the country’s most exciting choreographers returns as the 5th Biennial New American Talent/Dance Competition, which culls a national pool of applicants down to three finalists who will compete for $20,000. The three choreographers chosen – New York-based Gabrielle Lamb, Les Ballet Jazz de Montreal dancer James Gregg, and BalletMet Columbus dancer Jimmy Orrante – will each present an original choreographic work in performances on March 28-30 at The Long Center in Austin, Texas.

The New American Talent/Dance Competition (NAT/D) is the only dance competition of its kind in the U.S. and has awarded $80,000 to 12 finalists who have gone on to win other awards and national-level attention. The Austin Chronicle wrote, “There’s no dance showcase or competition quite like this in North America.”

Interactive and always exciting, Ballet Austin’s competition allows audiences to help decide who wins the grand prize of $20,000 through texted votes. The outcome will accelerate the careers of these choreographers and deliver some of the most innovative and intriguing dance that audiences will see this season.

The third and final choreographer, Jimmy Orrante, was a recipient of the 2005 inaugural Princess Grace Choreographic Fellowship. Now in his 19th season with BalletMet, the Los Angeles native has choreographed several works for the company, including the highly successful The Great Gatsby. He has danced with Memphis Ballet, Nevada Dance Theater, Los Angeles Chamber Ballet and guested with Northern Ballet (UK), Dance St. Louis, and Dance Kaleidoscope (Los Angeles). In 2011, he was honored with the National Choreographic Recognition Award for Regional Dance America.

Featuring live accompaniment alongside the three choreographic premieres, NAT/D will be presented at The Long Center  at 8 p.m. on Friday and Saturday, March 28 and 29 and at  3 p.m. on Sunday, March 30. For more information, visit www.balletaustin.org.