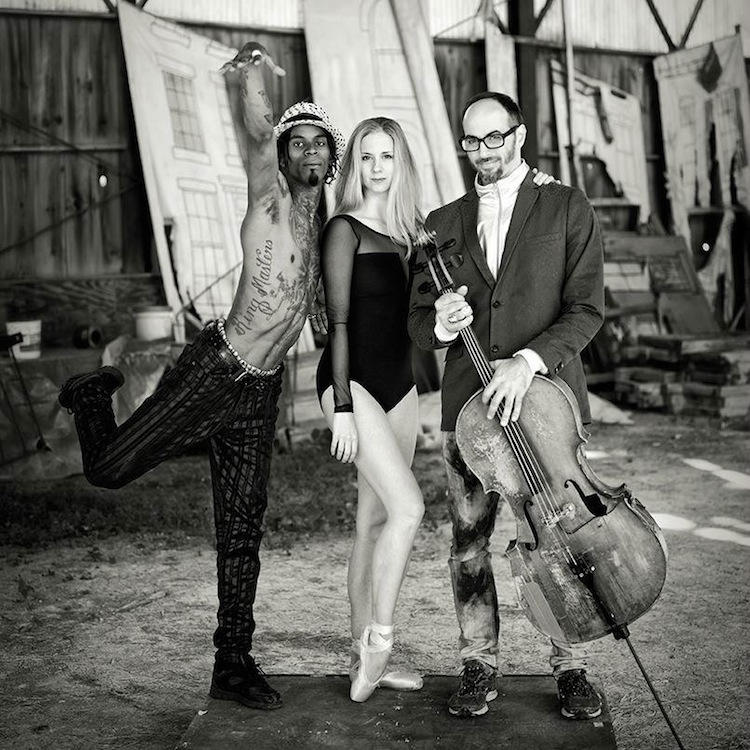 Here they come! A new royal partnership is being forged: Michele Wiles, one of ballet’s most celebrated Swan Queens, and Jay Donn, the reigning king of Punchlines, a form of Brooklyn-based flex dancing. The result is Something Sampled, one of three world premieres on the boards for BalletNext’s season, titled “Baroque’d,” which is opening at New York Live Arts tonight, on February 10.

Under the artistic direction of former American Ballet Theatre Principal Michele Wiles, who founded the adventurous ballet troupe four years ago, the rich and varied season of BalletNext will also feature Ushuaia, marking Wiles’ formal choreographic debut, and Outswirl, a new ballet by Peter Quanz. The music for the three ballets, each set to Baroque music, or riffs on it, will all be played live.

What could the 400-year-old conventions of ballet, which originated in the French court, possibly have in common with the art of Flex dancing, which was born in Jamaica and then transported to the streets of Brooklyn 10 years ago? Something Sampled answers the question by uniting the forms, melding their unique virtuosic demands so that the physical, emotional and spiritual connections become apparent. The compelling narrative is told through the traditional pantomime associated with both ballet and Flex’s Punchline storytelling. Performed by Wiles, who is well-known for her winsome beauty and balletic purity, and the rivetingly imaginative Donn, whose flashing charm, talent and originality made him one of the stars of the 2013 film “Flex is Kings,” Something Sampled also includes five dancers from BalletNext, who learned to stretch their imaginations as well as their bodies in order to perform the new work. The three-part ballet is a collaboration between Wiles, Donn and electro-acoustic cellist composer Chris Lancaster, who created the ballet’s original score.

Peter Quanz’s Outswirl marks a dramatic departure for the 35-year old choreographer whose ballets fill the repertories of the Mariinsky Ballet, American Ballet Theatre, National Ballet of Cuba, the National Ballet of Canada and the Royal Ballet, among others. Like the other two works on the program, Outswirl was created during BalletNext’s residence at Kaatsbaan International Dance Center, where the artists were given the time and space to experiment. For Quanz, the time allowed him the chance to get to know the dancers individually, their unique personalities and singular technical skills. The experience inspired him to take new liberties with the classical ballet vocabulary and structure. Abandoning strict adherence to a musical score and the architecture of the balletic tradition, Outswirl radiates a newfound spontaneity, crafted to appear as if the dancers are creating the ballet at the moment. The music is by Arcangelo Corelli.

As a child, Michele Wiles loved to make up dances, creating small works for the students in her aunt’s ballet studio in Baltimore. Ushuaia, marking Wiles’s first professional ballet, was inspired by her discovery of Ushuaia, the earth’s most southern city, or as it is described: “The end of the world and the beginning of everything.” A quartet, Ushuaia is set to music by Baroque composer Heinrich Biber, who is known to have developed radical new techniques for the violin and is considered the greatest composer for the violin.

Performances of the “Baroque’d” program will run through this Saturday, February 14. For more information, visit BalletNext.com. Tickets start at $15.