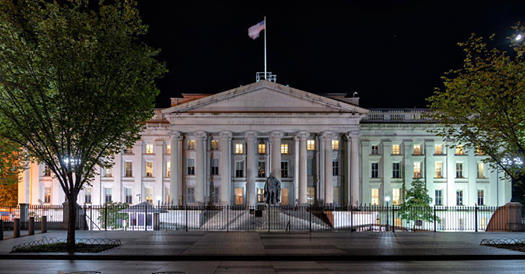 “Be An #ArtsHero,” an intersectional grassroots campaign to get the U.S. Senate to pass emergency Arts relief, has built a sector-wide coalition calling for Congress to allocate proportionate relief to the Arts & Culture sector, which adds $877 billion in value to the economy annually, provides 4.5% of GDP, and employs 5.1 million Americans. The campaign asks the U.S. Senate to pass $43.85 billion in direct relief to Artists and Arts Institutions, with fair allocation to marginalized communities who are disproportionately impacted: those who are BIPOC, LGBTQ+, disabled, etc.

This $43.85 billion is 5% of the sector’s value added to the economy, which is proportionate to the $50 billion allocated to the top ten airlines who successfully lobbied for assistance. There is $120 Billion from the CARES Act that is approved, but still unallocated, from which Senators could appropriate to $43.85 Billion the arts and culture sector tomorrow with no new money spent.  As pandemic shutdowns approach six months, the industry is on the brink of systemic collapse: approximately 3.1 Million Arts Workers are fully unemployed– that’s more than 10% of the 30 million total unemployed Americans relying on Federal Pandemic Unemployment Compensation (FPUC), which expired on July 25th. 41% of Arts & Culture Institutions report that they are not confident they will survive the pandemic, and 90% of music venues report that they will not reopen without relief. Immediate and proportionate economic relief is essential to weather the storm.

With American economy on the brink of collapse, “Be An #ArtsHero” advocates that an investment in the Arts economy will have far-reaching buoying effects on the whole economy, because the Arts & Culture sector has a disproportionately high return on investment. Arts & Culture alone outperforms the growth of the entire nation’s economy by almost double. If the Senate is committed to a swift American economic recovery, all metrics suggest relief and investment in the arts as the best course of action to achieve that goal. Annually, 40% of NEA grants serve high-poverty communities, 36% serve disabled and veteran communities, and 33% serve low-income audiences. For every $1 in NEA funding, it leverages $9 in private and public spending. A $43.85 Billion investment could leverage nearly $400 Billion in economic development, an essential tactic for propelling the economy out of a recession.

The momentum is due to the emotional and human impact the COVID-19 recession is having on the Arts Sector. As Erlbach writes in the Open Letter, “We are over 675,000 small businesses and organizations in every town, city, and state, employing 5.1 million hard-working Americans who are now desperately struggling to stay above water. Our influence reaches across every sector because the Arts Economy is a jobs multiplier, creating millions of sustainable jobs in collateral arts-adjacent economies. Our very humanity—and the Humanities—teeter at the edge of a fiscal and existential cliff. If we fall, so does the identity of America itself, for we are the very expression of this nation. And right now, we are crying out for your action.” To read and sign the letter visit beanartshero.com/dear-senators.

The campaign harnesses the creative capacity and institutional infrastructure of the entire Arts & Culture sector, including Arts workers, Arts & Culture institutions, unions, and ultimately every single person who values the role of the Arts in their lives. In essence: everyone.

Image courtesy of Be An Arts Hero