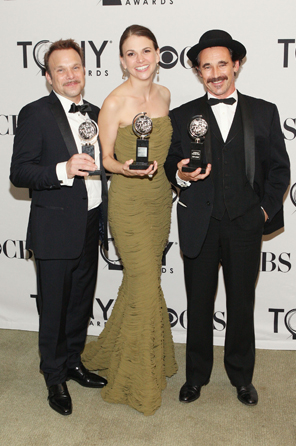 Last night the 65th annual Tony Awards were held at the Beacon Theatre, New York City. The American Theatre Wing’s Tony Awards celebrate excellence in the theatre.  “The Book of Mormon” took top honors winning the Tony Award for best musical as well as eight others.  British import “War Horse” won best new play of the 2010-11 season.  Norbert Leo Butz was named best actor in a musical for his performance in “Catch Me if You Can” and Sutton Foster received her second Tony for best actress in a musical, for her portrayal of Reno Sweeney in the revival of “Anything Goes.”