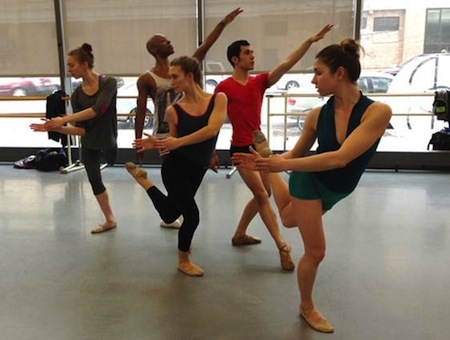 This year when Brooklyn Ballet takes to the stage for its spring season, one detail will be quite different than in years past. This season, Brooklyn Ballet has announced its first resident choreographer since 2007: the London-based New Yorker Julia K. Gleich.

“Julia was the obvious and best choice,” states Brooklyn Ballet Founding Artistic Director Lynn Parkerson. “The flexibility in her creative process lends itself naturally to collaboration – a concept vital to the approach of Brooklyn Ballet, and one that doesn’t often appear within an art form rooted in choreographic ownership and strictures of technique and form.”

In 2012, Parkerson invited Gleich to create her first work for Brooklyn Ballet, which led to last year’s Quilt, an improvised work using the mathematical concept of vectors to accumulate movement, direction and intensity.

“It has been brilliant to develop my ideas in collaboration with Lynn and Brooklyn Ballet and to take part in the spirit of experimentation and diversity,” notes Gleich. “I embrace ballet as a contemporary form and welcome the opportunity to contribute to the artistic repertoire of the company.”

Gleich is a choreographer, teacher, scholar and self-proclaimed mathematics aficionado. Her interests lie in re-contextualizing ballet by creating new environments for traditional works and expanding the ballet idiom through collaborations with other artists. Gleich splits her time between the UK (where she is on faculty of Trinity LABAN Conservatoire of Music and Dance and holds the post of Head of Choreography at London Studio Centre) and New York City (where she is the Co-Founder/President of Bushwick-based arts organization Norte Maar.) 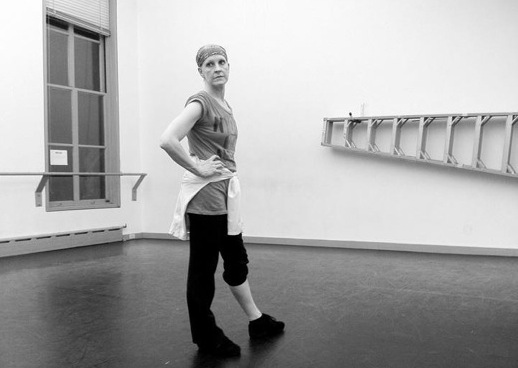 Gleich moved to New York City in the mid-1970s and studied at the School of American Ballet. Disillusioned by the lack of representation of women in creative and leadership roles in the ballet world, she blazed her own trail and did it all her own way. Now Gleich is an Arts Council England-funded choreographer, and her company, Gleich Dances, has performed in the UK and United States. Her choreographies have received critical notice in The New York Times, Village Voice, The New Criterion and Brooklyn Rail.

Her practice-based research on vectors and dance was recently published in the Dynamic Body in Space. “Julia’s work with vectors is an especially interesting exploration for Brooklyn Ballet and I wanted to give the dancers and myself the opportunity to explore this idea in a deeper way,” says Parkerson.

Gleich has been a master teacher at Burklyn Ballet Theatre and the Hikone Dance Intensive, Japan. She was recently invited to be an external examiner for Hong Kong Academy of Performing Arts. Later this fall she will be honored as the College of Fine Arts Distinguished Alumni at The University of Utah.

Additionally, Gleich is an advocate for women making new choreography on pointe and is a creator and curator of CounterPointe, a collaboration with Brooklyn Ballet and Norte Maar, produced in London and New York City.

Gleich’s new work for Brooklyn Ballet will premiere this month at The Actors Fund Arts Center in Brooklyn. The season runs April 3-6 and April 11-13. For more information or to order tickets, visit www.brooklynballet.org.

Brooklyn Ballet was founded in February 2002 by Parkerson and was the first of its kind in Brooklyn in more than 40 years. Brooklyn Ballet brings a contemporary vision to the treasured art form of ballet, with repertory and programs that re-imagine the classical form. The company serves the community through educational outreach projects—specifically, Take Ballet to the Streets: an outdoor performance series, Elevate and Brooklyn Ballet in the Houses: in-school dance residencies.