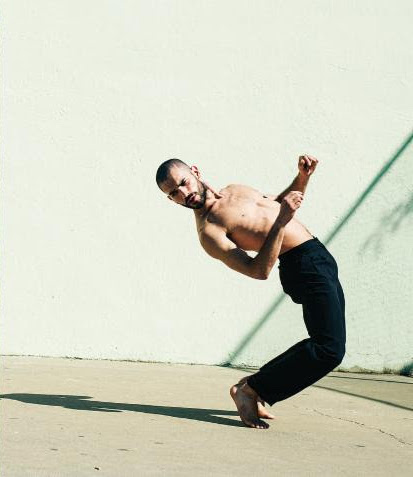 Bryan Arias, the artistic director of ARIAS Company, recently received the Jacob’s Pillow Fellowship at Tilles Center for the Performing Arts at Long Island University (LIU) Post. The fellowship includes a $15,000 grant, a residency at the Pillow Lab and a residency at LIU Tilles Center. The newly established Fellowship represents a shared vision between the two organizations to broaden resources that allow artists to thrive and bring new work to stages in Massachusetts, New York and beyond.

“Support for artists, both in residency time and financial support towards the creation of a new work, is essential for moving the field forward. This robust Fellowship, made possible by Roger Tilles, will have a profound impact on the development of Bryan’s work,” said Jacob’s Pillow Director Pamela Tatge.

“We’re thrilled to continue this collaboration with Jacob’s Pillow and even more excited to bring Bryan’s talents to the LIU Dance students and surrounding community,” said William Biddle, executive director of Tilles Center. “It’s important for our mission to give students the opportunity to improve their skill on a higher level.”

Arias commented, “I am honored and grateful to Jacob’s Pillow and Tilles Center for the Performing Arts for supporting me in this way. Receiving this grant is allowing me to grow my company and put it on a more secure financial footing.”

The residency supports the development of Arias’ newest work WATCH, inspired by WATCHMEN, an American science-fiction comic book by writer Alan Moore and artist Dave Gibbons, which is widely considered one of the most significant works of 20th-century literature. Examining what superheroes would be like in a real and credible world, WATCH focuses on the personal development of modern heroes through interrogating power and deconstructing hero concepts and manifestations within society. With contemporary meaning, the work questions the trust that is put in political leaders who guard the world’s fate through their power. WATCH will premiere on June 19, 2019 at Colours Dance Festival in Stuttgart, Germany.

Lauded as “an expressive young powerhouse dancer” by The New York Times, Arias has performed with multiple high-profile contemporary dance companies including Complexions Contemporary Ballet, Crystal Pite’s Kidd Pivot, and Nederlands Dans Theater. ARIAS Company was established in 2013. The company’s first major evening-length work, a rather lovely thing, was co-commissioned by Jacob’s Pillow, developed in part at a residency at the Pillow and premiered at Jacob’s Pillow Dance Festival in 2016.

Executive Vice Chairman Roger Tilles is integral in making the partnership between Jacob’s Pillow and LIU possible. Ephrat “Bounce” Asherie was the inaugural recipient of the Fellowship.

Born in Ponce, Puerto Rico, Arias moved with his family to New York City at the age of nine. While growing up, he was exposed to many urban and social dance styles, receiving his formal dance training at LaGuardia High School for the Performing Arts. As a dancer, he originated roles in and performed in works by notable choreographers including Jirí Kylián, Ohad Naharin, and Crystal Pite. As a choreographer, Arias is the recipient of the First Place and Audience Choice awards for his work Without Notice at the Sixth Copenhagen International Choreography Competition, nominated for the Rolex Mentor and protégé award, and a 2017 recipient of the Princess Grace Choreography Fellowship Award. He has choreographed for the Juilliard School, Netherlands Dance Theater 2, Ballet Vorpommern (Germany), The Scottish Ballet, Tanz Lucerne Theater, Ballet Theater Basel, The Paul Taylor Dance Company, Charlotte Ballet and Aspen Santa Fe Ballet.