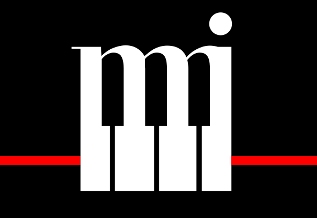 If you’re under the age of 26, and you’re writing for musical theatre, New Musicals Inc. would love to hear from you. New Musicals Inc. in Los Angeles is sponsoring its eighth annual New Voices Project, in which young playwrights, composers and lyricists receive workshops and concerts of their work, with support from the Helen & Jose Colton Foundation, and feedback sessions from executives from Walt Disney Imagineering Creative Entertainment and New Musicals Inc.

Selected finalists will have their work presented at an in-house concert at NMI in April and will receive critical feedback from industry professionals. Note that pending the current status of the global pandemic, this feedback and presentation will likely take place online. (Last April’s online concert was a great success and allowed our writer finalists to take part from all across the globe!)

Writers are encouraged to submit up to three selections, either from a single work, or separate works, for a total of 20 minutes of material. The staff of New Musicals Inc. will select up to six teams of writers for presentation and critique.

“We’re looking for writers who are bursting with potential,” says NMI’s Executive Director Scott Guy. “We’re not pigeon-holing that potential: that is, we’re not looking for ‘Broadway musical’ writers per se, or ‘ground-breaking’ or ‘commercial’ or ‘avant-garde’. We’re looking for writers who are exploring their voices through the blend of music and voice. The stronger your voice and vision are, the more likely we’re going to respond to your work.”

There is no application fee. For finalists who are not Los Angeles locals, participation will be available via video conferencing.

Writers may apply online at https://nmi.org/submission/#nvp/