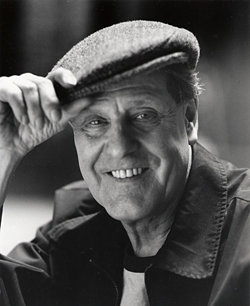 Longtime ballet instructor David Howard sadly passed away this past weekend at 75 years old. Celebrated for the legacy he left behind, Howard taught hundreds of dancers over the years.

Howard’s career first took off when he began performing in radio shows and commercials as a child. He then trained at the Cone Ripman (now Arts Educational) School and the Royal Academy of Dancing, falling in love with dance. At just 16 years old, he secured the prestigious Adeline Genee Award.

Working as a principal dancer at London’s Palladium Theatre he was honored by appearing in a Royal Command Performance before Queen Elizabeth II. Thereafter, he was invited to join Sadler’s Wells Theatre Ballet, now The Royal Ballet, and was promoted to soloist status, which he held for seven years before he joined the National Ballet of Canada.

Howard also performed in a number of London’s West End musicals, among them Bob Fosse’s Little Me, and performed in cabaret throughout Europe. He was featured in many television productions.

In 1966, he came to New York City to begin teaching after a successful performing career. At the invitation of Rebekah Harkness, Howard began to teach and later direct the Harkness Ballet School. Later in 1977, he opened his own school on Manhattan’s Upper West Side, adjacent to Lincoln Center. There, on any given day, upcoming ballet students and renowned professionals could be found side-by-side at Howard’s barré.

After closing his school in 1995, he was invited to lead dance classes all across the globe. He often led master classes for ballet companies, their affiliated schools, independent schools, universities and regional festivals. In addition, he coached many successful competition winners and gave private lessons to television and motion picture stars.

Throughout the span of his career, Howard taught as a guest teacher at the following major companies: London’s Royal Ballet, American Ballet Theatre, Joffrey Ballet, San Francisco Ballet and National Ballet of Canada.

Before his passing, he was still on faculty at Broadway Dance Center and Steps on Broadway, where his classes were always popular.

Howard’s kinesthetic approach was perhaps best known to eliminate much of the tension, and resulting injury, associated with technique as traditionally taught. As a retired professional dancer himself, he had consulted with physical therapists, chiropractors and nutritionists in an aim to promote total care of the dancer. His training seminars that resulted from this gathered knowledge attracted attention worldwide.

Howard was recently set to teach at Dance Teacher Summit in NYC but due to poor health, had to cancel. He passed away on Sunday, August 11 from a stroke. His contribution to dance will always be remembered.

Photo courtesy of the Royal Ballet.