Chelsea Clinton to Host NY City Ballet in The Nutcracker 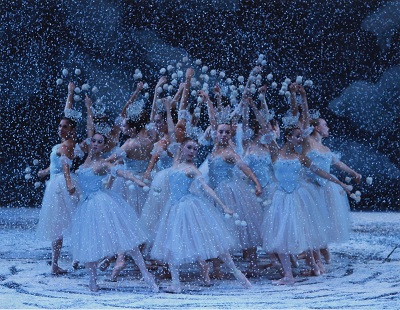 Tune into PBS on Wednesday, December 14 at 8:00 p.m.* for the Live From Lincoln Center premiere of New York City Ballet’s holiday favorite, George Balanchine’s The Nutcracker™. The live television broadcast will be hosted by School of American Ballet board member Chelsea Clinton, who danced several roles in the beloved ballet with Ballet Arkansas from 1985-1992 and then the Washington Ballet from 1993-1996.

In a Lincoln Center first, the program will also bring the holiday classic to service men and women around the world via a Christmas Eve re-broadcast on the American Forces Network.

In another Lincoln Center first, the ballet will reach new audiences in over 550 movie theaters nationally and internationally through another special live presentation of the ballet hosted by Kelly Ripa on December 13.