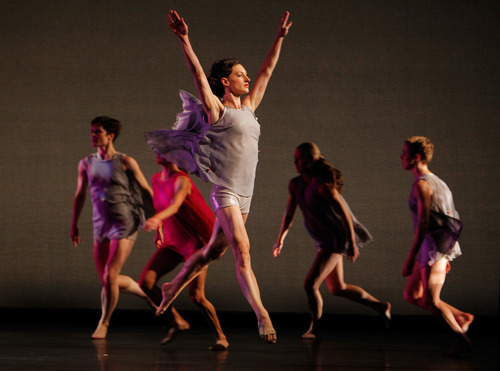 DanceMotion USA, a vibrant cultural diplomacy and exchange program created by the Brooklyn Academy of Music (BAM), has selected Contra-Tiempo, David Dorfman Dance and the Mark Morris Dance Group for its fourth season.

The DanceMotion USA program supports United States foreign policy goals by engaging international audiences through educational opportunities, performance and cultural exchange. The program is overseen and approved by the State Department’s Bureau of Educational and Cultural Affairs and the Academy of Music. The two organizations have released the schedule for the program for this coming year.

David Dorfman Dance, an audacious modern dance company from New York City, will travel to Turkey, Turkmenistan and Uzbekistan in April and May 2014. Contra-Tiempo, an urban Latin dance theater from Los Angeles, will travel to Bolivia, Chile and Ecuador in May and June. Then, to conclude the DanceMotion season, the Brooklyn-based Mark Morris Dance Group, one of the world’s leading dance companies known for its sophisticated artistry and extraordinary musicality, will travel to Myanmar, Cambodia and Timor-Leste in October and November 2014.

As with the three previous seasons of the program, the dance companies will tour to places where audiences would not usually be able to see such artists. Outside of performing, the companies will also hold workshops and master classes, as well as host discussions about arts management and technical production with local artists and audiences. As part of the season’s plans, an unidentified Central Asian dance ensemble will come to the U.S. to collaborate with David Dorfman Dance in late 2014.

Overall, in less than five years, DanceMotion USA has visited 34 countries, with 77 performances and 328 workshops and reached more than 22,000 students and 51,000 audience members.

“DanceMotion USA has provided us with the opportunity to broaden our institutional mission and to share American dance with global audiences,” Joseph V. Melillo, the executive producer of the Brooklyn Academy of Music, said in a statement. “This resonant cultural exchange program has been a successful and rewarding endeavor in its first three years. It is our honor to be working again with the Bureau of Educational and Cultural Affairs.”

For more information on DanceMotion USA’s fourth season, visit DanceMotionUSA.org. David Dorfman Dance will kick off the season with Turkey in April.