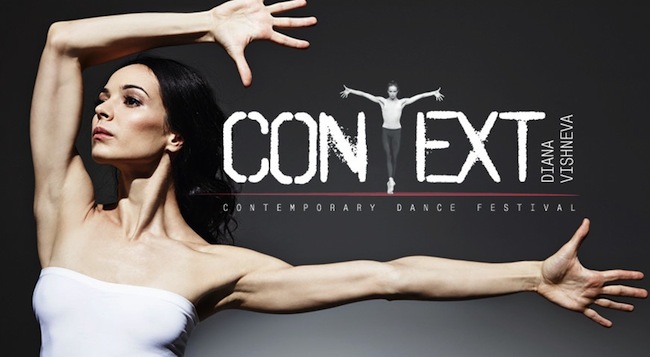 Vishneva presents this festival in the midst of performing as a principal with Mariinsky Ballet and American Ballet Theatre. The festival testifies to her love for contemporary dance, which she has always found fascinating and supported avidly.

A graduate of the famous Vaganova Ballet Academy in St. Petersburg and an award-winner of the Prix Benois de la Danse and Prix de Lausanne, Vishneva has always sought the best of all dance worlds. She feels an affinity to both the modern forms of dance as well as to the strong classical tradition of her native Russia. A few years ago, she set up the Diana Vishneva Foundation, which aims to make people fall in love with dance, regardless of their social background.

For Context, she has brought on Samuel Wuersten, the artistic director of the Holland Dance Festival, to curate. She has also brought on General Producer Aleksey Bokov to lend his nearly 20 years of experience producing festivals and events. This team works to achieve her main goal – to give the ballet-crazy Russian audience an understanding of contemporary dance.

This year, in addition to the performances, a Choreographers Workshop will be presented on November 27 and 28 by Konstantin Keykhel. There will also be discussions, master classes, lectures and films presented as part of the festival.

Moreover, this year’s performances will be shown at new venues. Foreign companies and the final gala show will be presented at the Mossovet Theatre while young choreographers will perform at the brand-new Stanislavsky ElectroTheatre. The Centre for Documentary Films is a festival partner again.

For more information on Context or Diana Vishneva, visit http://vishnevafest.com.