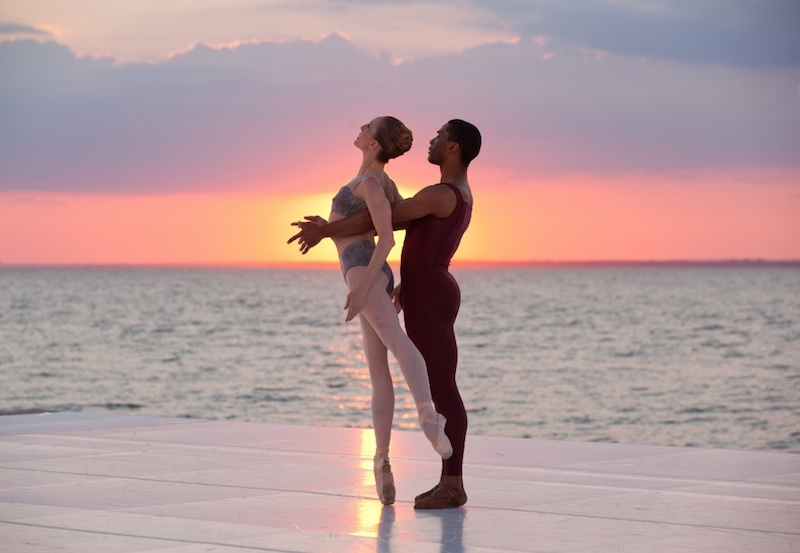 The much-anticipated 20th anniversary of Fire Island Dance Festival takes the stage July 18-20 as some of the top dancers and dance companies in the country offer a diverse array of artistry and genres. The festival, performed outdoors on the beautiful Great South Bay between Long Island and Fire Island in New York, is produced by and benefits Dancers Responding to AIDS, a program of Broadway Cares/Equity Fights AIDS. Since its humble beginnings in 1995, the festival has grown to become the cultural and charitable event of the summer in Fire Island Pines, raising more than $3.3 million.

The 20th Fire Island Dance Festival will include performances by: Ailey II, presenting the beloved “Wade in the Water” from Revelations, an exciting return after the piece was performed at the festival in 2003; BalletCollective, displaying the collaborative vision of artists from different genres in an intriguing new work choreographed by Troy Schumacher, a member of the corps de ballet for New York City Ballet; and Kristine Bendul, Waldemar Quiñones-Villanueva and Ryan Worsing, performing In the Garden, an elegant pas de trois originally choreographed and performed for Broadway Bares VII by Arte Phillips.

The festival will kick off its 20th anniversary celebrations on Friday, July 18 with a special event for Leadership Supporters. They will enjoy a performance by Mark Stuart Dance Theatre, which will present excerpts from its dance musical Standard Time. A celebration of love’s power to defy social barriers, Standard Time features hit standards from the 1930s, 1960s and 2000s performed by 14 dancers, four vocalists and a six-piece band.