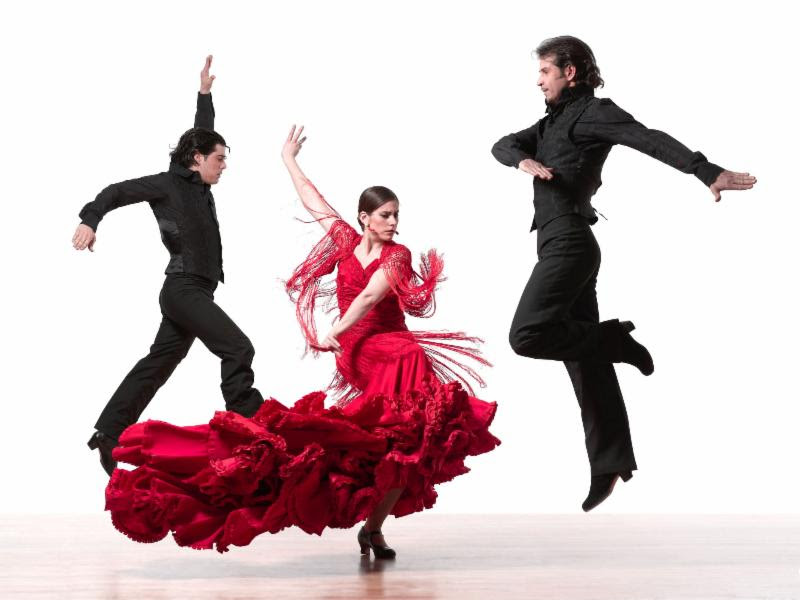 Founded in 1983, Flamenco Vivo is one of this country’s longest-established flamenco companies, dedicated to promoting flamenco as a living, evolving art form. During the weeklong season, the company will present the world premieres of three new dance works by contemporary Spanish choreographers, along with other repertory and showcase solos, all accompanied by live music.

The second premiere, Pa’ Triana Voy, provides a slice of life from Triana, the Sevilla barrio that was traditionally home to the city’s large Gypsy population. Flamenco Vivo commissioned this dance by choreographer José Maldonado, a prize-winner at Madrid’s El Certamen de Coreografía de Danza Española y Flamenco, one of Spain’s most prestigious dance competitions. Maldonado’s work is an outgrowth of a transatlantic collaboration between Flamenco Vivo and the Certamen, through which the company awards a yearly creative residency in its New York studios to one of the competition’s winners.

The third world premiere on the program is A Solos (working title), choreographed by Angel Muñoz. A 2015 nominee for Britain’s National Dance Awards, Muñoz is known for reframing flamenco with bold experimental movement drawn from other forms of contemporary dance. His 2012 Flamenco Vivo commission A Solas, created for five women, modernized flamenco’s traditional “solea por bulerias” style with intricate floor patterns. The New York Times praised A Solas as “impressive for its compositional finesse.” This season’s A Solos is conceived as a men’s companion piece and will showcase the individual expression of four male dancers.

The program also includes a special showcase solo by Muñoz, another by fellow National Dance Award nominee Charo Espino, and an instrumental interlude highlighting the company’s musical ensemble, under the leadership of Musical Director Gaspar Rodriguez.

The May 16–21 engagement includes a total of eight performances: Tuesday through Sunday evenings at 7:30 pm, with matinees at 2 pm on Saturday and Sunday, at the Brooklyn Academy of Music’s BAM Fisher Building in New York.

Tickets for Flamenco Vivo’s Spring 2017 New York City season at BAM Fisher start at $25 and can be purchased at www.flamenco-vivo.org.