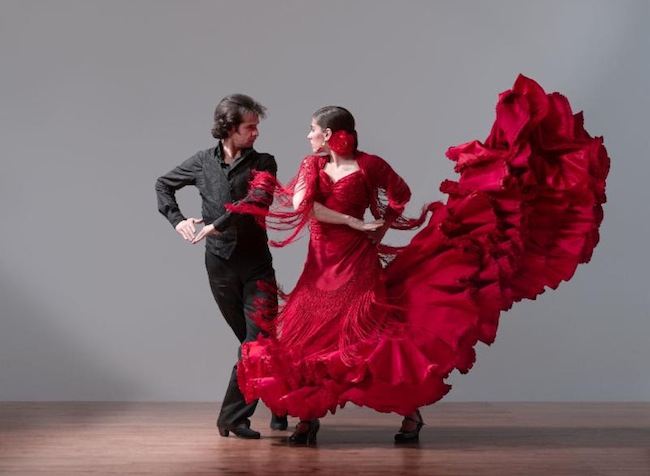 The Brooklyn Center for the Performing Arts at Brooklyn College continues its 60th Anniversary Season on Friday, November 14 with Flamenco Vivo Carlota Santana. Celebrating its 30th anniversary, this premier company will perform The Soul of Flamenco, a passionate new production that embodies the purity of traditional flamenco and classical Spanish dance.

Flamenco Vivo Carlota Santana is known for the purity of its work and the unique and creative way in which it has enriched the art of flamenco. The company has actively encouraged the creativity and innovation of young artists from both Spain and the U.S. while keeping faithful to the powerful traditions of flamenco.

True to it’s founding vision, the company commissions new works with original choreography and music and has premiered a series of dramatic, cutting edge works. Recent creations include: Burlador (“The Trickster”), an innovative dance drama based on tales of the legendary deceiver Don Juan; Bailes de Ida y Vuelta, a journey through Latin America to show how flamenco has been influenced by Caribbean, Latino and Afro-Latino sounds; Bailaor/Bailaora, a portrayal of the evolution of flamenco; Mano a Mano, a tribute to the bullfighter Manolete and the contemporary flamenco story-ballet; and Federico, a celebration of the life of Federico Garcia Lorca. Each performed to great acclaim at The Joyce Theater in New York City and on tour.

The company’s mission of bridging cultures using the spirit of flamenco is achieved through extensive community outreach, exciting arts-in-education programs and powerful performances for diverse audiences. In addition to its intensive curriculum based in-school residency programs, the company has created unique arts-in-education performance pieces such as Amigos Españoles, featuring a young person’s journey through Spain, and, in conjunction with Lincoln Center Institute, Inesperanza, a story of life’s difficulties told through the art of flamenco.

In 1996, after several years of residency programs in North Carolina, the company created a second home base in the Raleigh/Durham area. Yearly Arts Education residencies and theatre productions, as well as community performances, classes and a North Carolina annual season, have had great success in bringing together the local traditional and Hispanic communities.

The company will perform in the Walt Whitman Theatre at Brooklyn Center for the Performing Arts for one night only this fall. Visit BrooklynCenter.org to book tickets or to get further details.